Everything You Need To Know About Love Island Contestant Anna Vakili 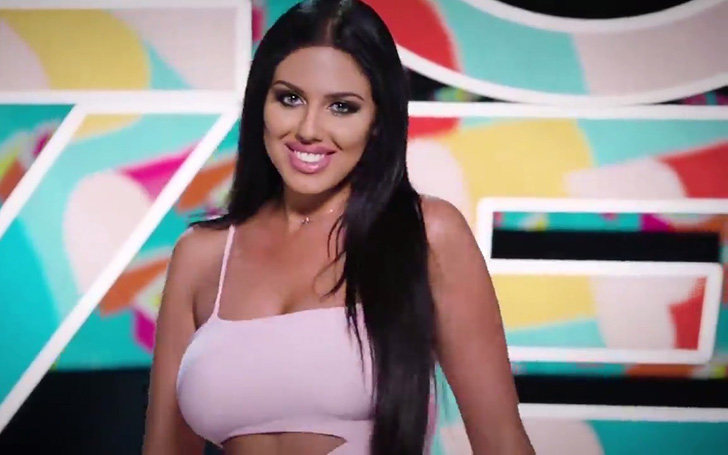 ITV2's Love Island is back with more sizzling drama including more hot and intriguing casts and characters.

So in the article, we have come to introduce you with the stunning beauty queen Anna Vakili. Well, here's everything that you need to know about the bombshell Anna. Let's Go.

The 28-year-old model is from London who is also famously entitled as 'The British Kim Kardashian'.

Before coming to the fifth season of the show, she was already quite popular in social media precisely on her Instagram @annavakili_ as the English beauty often shares her photo trying out different hot and racy outfits.

Besides her modeling profession, the beauty with the brain is also a certified pharmacist holding a master's degree. Anna came to prominence after partying with her sister with two Iranian footballers.

“I ended up on the Iranian News earlier this year because of it,” she said. “Suddenly my followers went up by 20,000 and I started being tagged in fan pages!”

What is Anna looking for in this season of the villa?

Well, the reality star is a huge fan of Tom Hardy and shares that she seeks a similar tendency on her ideal boy with tall, dark and handsome personalities.

AHHH been holding this in for months and finally I can scream to the world lolll I’m Anna’s sister @mandi_vakili and I’ll be running her account while she’s in the villa!! I can’t wait for everyone to see how beautiful Anna is on the inside as well as the outside she has a heart of GOLD and her face and body 😍 everyone who knows Anna knows how sweet she is so let’s support her ALL THE WAY!!! - - - #loveisland #loveisland2019 #annavakili

Like most of the girls do, Vakili rebels the guys with bad hygiene and shy nature. “I can’t stand it if a guy smells and also I don’t like guys who will just go for anyone,” Anna confesses.

So what's happening in Love Island?

Well, Anna was among the two single ladies not picked at the re-coupling but and the end moment she was saved from eviction as two new boys joined the show.

Currently, she is dating with a new contestant Jordan who was her initial choice as he walked in.

THIS CHALLENGE!!!! Had me laughing and heaving at the same damn time 😂🤢 I think Anna and @jxrdanhames definitely have some chemistry there, what do you guys think? Could JANNA be a thing? 🤭💕🌴 - - - #loveisland #annavakili #loveisland2019

Well as of now, she is happy with her new man and even shared a kiss. Well, we hope she has found the 'one'.

Stay tuned and connected to find out updates on your favorite Love Island stars.