Facts about NBA star Andrew Wiggins; His Family and Personal Life at Glance 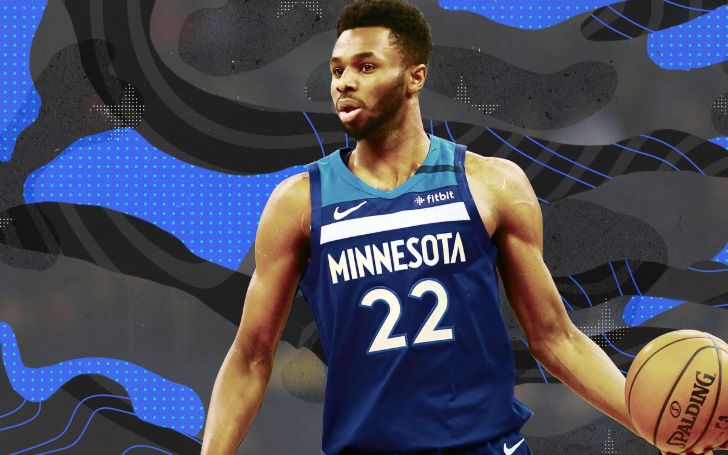 From 'Minnesota Timberwolves' to the 'Golden State Warriors,' the small forward and shooting guard Andrew Wiggins never missed to set records in every NBA club he played from his exceptional gameplay and defending strategies.

By now, he is affiliated with the Minnesota Timberwolves of the National Basketball Association (NBA) and part of the Canadian national team. So to know such a motivational persona, we've brought you with some exciting details of the star, including his personal life, family, net worth, and relationship status.

Born and surrounded by athlete family Andrew's father Mitchell Wiggins is a former basketball player who has played in the NBA.

On the other hand, mother, Marita Payne-Wiggins, is a national athlete who has competed in Olympics in the track and field sprinter.

As a result of sports influence from family, the NBA Rookie of the Year Award recipient since little was interested in basketball. To be precise, from the age of nine, he was playing the sport.

Wiggins played high school basketball for Vaughan Secondary School and Huntington Prep School. Subsequently, after graduating, he attended the University of Kansas and was part of their basketball program. He also won the Naismith Boy's High School Player of the Year during his high school days.

The rest of his siblings are sister Angelica, Stephanie, and Taya.

Second Canadian Ever Picked Number One in the Draft

In 2014, Cleveland Cavaliers selected him as their first overall pick during the NBA draft. Andrew is the second Canadian national after Anthony Bennett to have been picked number one overall in the NBA draft.

Seeing his exceptional playing skills, he was shortly selected to Bennett to the Timberwolves without playing a single game for the Cavaliers and won the NBA Rookie of the Year award for the 2014-15 season and played a crucial role in the Timberwolves' 2018 playoffs appearance.

You May Like: Is Michael Jordan The Richest NBA Player Of All Time? Check Out Who Else Makes The Top 5!

Andrew started his basketball career since 2014 and is one of the key players in the team who plays in the position of Small Forward. To date, the basketball mogul has played a total of 442 games with a good career record and gameplay ratings. Everyone knows him from his

In a Relationship with Basketball Player Girlfriend

Andrew Wiggins is in a relationship with Mychal Johnson, who is a basketball player.

Johnson has played for the University of Notre Dame, Indiana. They share a daughter by the name Amyah born on October 11, 2019. The couple welcomed their child on October, which was shared from Michael's official social media account.

Mychal Johnson is the team's floor general and four-year captain. She plays in the position of a combo guard who has been honored by the National Honor Society recognition with a 3.7 GPA. Nevertheless, the lovebirds are enjoying a blissful relationship.

The 2.03 m tall star posing in front of his expensive Ferrari.
SOURCE: @22wiggins

The years-old net worth is around $26.1 Million as per reports from Forbes.

Wiggins signed a five year deal of $147 million with Timberwolves. An average player of the Basketball club earns around $30,000, but due to his fabulous plays, his earnings were way out of the league.

Wiggins is recently traded to the Golden State Warriors in exchange of Jacob Evans III, D'Angelo Russell, and Omari Spellman. The versatile defender is in the second year of a five-year, $147 million contract. He has three years, $95 million remaining on his deal after this year.

We are still unsure of how he was traded to Wiggins, so the net worth is estimated on how much the player has played to date. Besides, earning from the leading NBA clubs, he is sponsored by sports brands such as BioSteel and Fitbit.