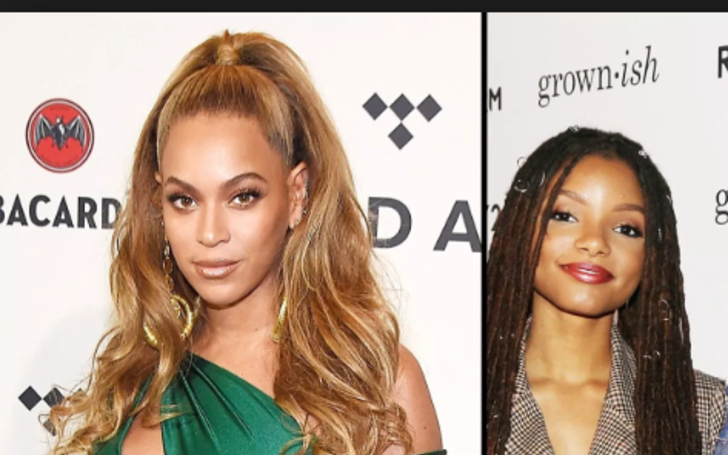 Beyonce's young artist confirmed to play Ariel in The Little Mermaid live-action adaptation: Does it have anything do with Beyonce's charm?

The world is still reacting to the news; Halle Bailey is officially portraying Ariel in the live-action adaptation of Disney’s classic animation, The Little Mermaid. And some audience can’t help but wonder if Beyonce Knowles-Carter might have used her charm to catch the much-coveted role for Halle, 19, and hence the life-changing opportunity.

As we all know, Bey will provide the voice of Nala in the impending live-action release of The Lion King, so she’s been having a few chats with some crucial people working at House of Mickey Mouse.

So it wouldn’t be out of the blue to think Queen B might have had a few advice for them when she heard they were looking for The Little Mermaid’s lead character.

Also Read: Is Halle Bailey Dating Someone? Who Is Her Boyfriend? Grab All The Details Of Her Relationship Status!

Halle and her sister Chloe rose to stardom after being discovered by Beyonce on YouTube, who then sealed them up to her Parkwood Entertainment record label for a whopping $1 million.

As regarding Halle’s Disney deal, one Twitter user had some fun trying to perceive how things might have gone down if Jay-Z's wife did use her reputation to allow her underling to shine on one of the most significant film projects in the coming years.

‘Beyonce @ Disney HQ: now before i sign on for nala i want y’all to take a look at my recommendations for the rest of your lil movies,’ she wrote. ‘the parkwood-disney industrial complex is in full swing. get on board or get left behind’, she wrote.

Director Rob Marshall spent the past couple of months witnessing and analyzing potential stars, but insiders report Halle had been a front runner from the beginning. Rob said Halle possesses a rare combination of spirit, heart, youth, innocence, and substance — plus a glorious singing voice — all intrinsic qualities necessary to play the iconic role.

Little Mermaid modern adaptation will be Halle’s feature film debut, and will presumably be the start of even better things for Chloe X Halle house.

Halle will also be in the company of Jacob Tremblay and Awkwafina, who have already been in the ensemble. A while ago, reports had it Melissa McCarthy is also in talks to play the role of 'Ursula,' the film’s sea witch villain.