FBI Set To Investigate “FaceApp” That Gobbles Up User Photos 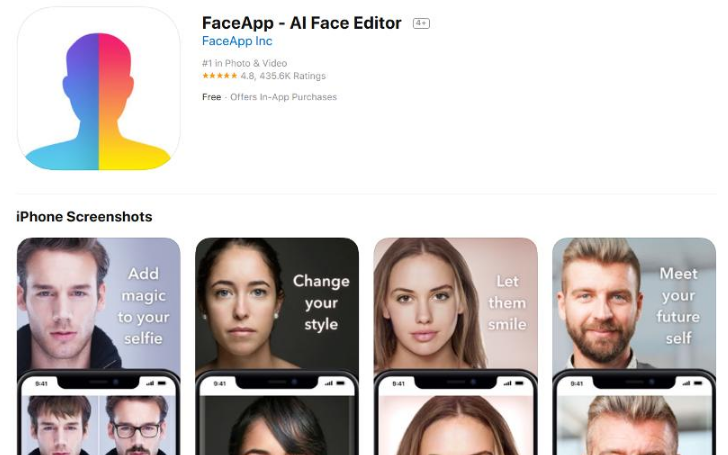 Senator Chuck Schummer called for an investigation yesterday in a letter to the FBI and Federal Trade Commission.

Well, it's pretty much likely you are here because you are one of those who came here after using the most controversial app right now, "FaceApp," after it got you concerned about your privacy.

Since, it created much controversy, Senate Minority Leader, Chuck Schummer called for a federal investigation into FaceApp. Schummer claimed Russian operated FaceApp "could pose national security and privacy risks for millions of US citizens."

Sen Schumer called for an investigation yesterday in a letter to the FBI and Federal Trade Commission.

See Also: Want To Know How Does Kylie Jenner Hydrates Her Skin; She Use a Jojoba Oil Straight From Amazon; Where To Buy One?

Surprisingly, the app which was launched two years ago gained much popularity after celebrities shared the older version of herself on her social media.

Then people started a "FaceApp challenge" where one should share an older version of themselves on their social media generated by the AI app.

More than 10 million users were reported to have used or been using the controversial app for this past week.

The instant hit overnight got FaceApp high ratings from users on both major smartphones platforms, iOS Appstore, and Android Playstore. There's a premium version of the same app where user can buy all the filters available on the app and removes watermarks from the photos.

When 'FaceApp' challenge was at a peak, a few more responsible and concerned people thought of going through the terms and conditions of the app.

The app clearly stated, "FaceApp uses artificial intelligence to alter a user's photos to look younger or older or possess a different gender. However, to operate the application, users must provide the company 'full and irrevocable access' to their photos and data. According to its privacy policy, users grant FaceApp license to use or publish content shared with the application, including their username or even their real name, without notifying them or providing compensation."

It was already too late for the people who never bothered to give terms and condition a read. The users of the app, however, claimed that the prominent warning did not appear until an update last week.

Read Also: What Is The New Net Worth Of Jeff Bezos' Divorced Wife? Find Out The Reason The Longtime Couple Split!

Meanwhile, Schummer further asked FTC to examine the proper safeguards available to prevent the privacy of Americans using the app, and in case if there are not, the FTC should warn the public of the risk associated with the use of the app or other similar to it.

The creator of the app, Wireless Lab, on their defense denied it stores user data in Russia. The Wireless Lab said even though the core R&D team is located in Russia, the user data is not transferred to Russia.

The company said it uses servers from 'Amazon Web Services' and 'Google Cloud Service.' Wireless Lab further explained that its app-only uploads photos that are selected by the users for editing purposes and are deleted within 48 hours of upload date.

The company even explained that the app stores photos temporarily to optimize performance and traffic to ensure the users don't upload the photo repeatedly for every edit.

On statement a published on TechCrunch, the company said it respects the requests from the user to delete all their data but said its support team is currently overloaded.

For those who want the requests to be processed fast, the Wireless Lab said users could do that by going to setting > support > 'Report a bug' with the word privacy in the subject line.

Recommended: Maximum Security At Your Finger Tips' - Here Are The Best Hardware Encrypted Flash Drives From iStorage To Store At Home Or At Work

If the Wireless Lab statement is true, the privacy risks it poses may not be much different from those raised by many other applications; however, the app should have clarified it to its users from the beginning.