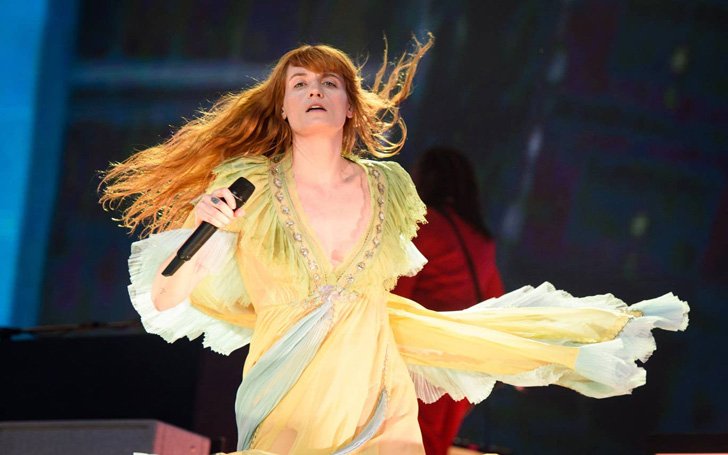 Florence and The Machine Headlined The BST concert series in Hyde Park and it was magnetic.

'Florence + The Machine' headlined the British Summer Time Concert Series in Hyde Park on 13 July. The band that started their career “playing any pub that would have us, in south London, east London, north London,” are ten years later headlining one of the biggest concert series in the world. To say they have come a long way is an understatement.

The singer Florence Welch thanked all the women who helped her get where she is at now, and she welcomed everyone to a “Matriarchal experience.” She commended all who supported her and then went on to praise the 70-30% split of the female-male performers at the concert.

Before she started playing ‘Patricia,’ a song celebrating the influential punk rock legend Patti Smith, she took her time to talk to the crowd about how delightful she is feeling after seeing the 70% spit in the lineup. She said;

I’m not very good at speaking to crowds, but I’m going to try because what I have to say next is very important. I’m so happy today to be playing a festival that is 70 percent women. Which is unfortunately still so rare in the festival circuit, but look! Welcome to the matriarchy, it’s fun!

The singer who appeared close to tears as she started her performance with the song ‘June’ in which thousands of fans singing along backed her, talked some more about the importance of allowing an amount of parity in the music industry as well as everywhere else. She said;

I just wanted to say thank you, not only for all of you who came here to support this whole event but to the incredible women I work with behind the scenes every day, who help me put this whole show together. This festival and this line-up was brought together by women, and really, what you’re experiencing is a matriarchal experience. See, it’s not too bad guys! Maybe we should try it in other places.

The singer who brought out most of her hits for the adoring fans, performed some of the bands hit songs such as Cosmic Love, Dog Days Are Over and You’ve Got The Love, went nuts before the end of the concert.

Florence jumped the barrier and sang Some Kind of Man and Kiss With a Fist from among the crowd to end the band’s set at the concert.

Their set ended, but the band still returned for an encore performance as the crowd joined in on the hit song Shake It Out that rocked the whole concert. The performance by the band was a memorable one as this one will have to be it for London, according to the artist, for a little bit.

Also Read: Who Is Alex Mann? Everything You Need To Know About The Glastonbury Hero!

The set of Florence + The Machine was riddled with stoppages as she kept stopping in the middle of songs to thank the fans and no one seemed to mind, and Florence was very emotional and thankful for the love and support her fans have shown over the years.

Watch: The music video for Florence + The Machine

This was the fourth out of five concerts scheduled at the London BST Concert series as the fifth and final concert will be headlined by Robbie Williams on Sunday which follows the Friday night concert by both Bob Dylan and Neil Young.