Fox News Got Roasted After Graphic Refers To '3 Mexican Countries' 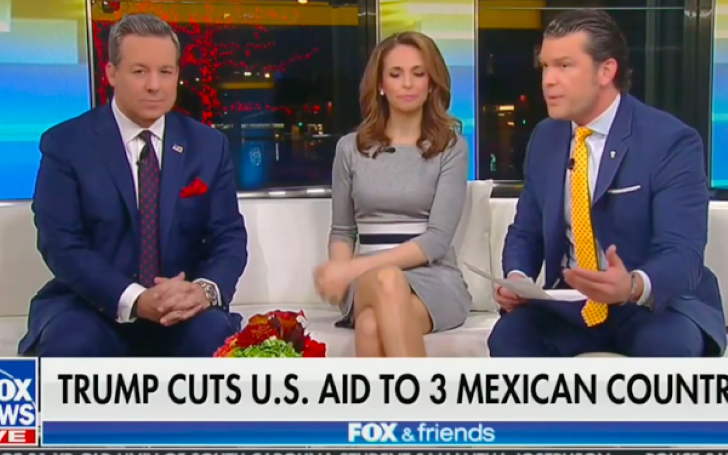 Fox news landed on some trouble after the graphic referred three countries from Central America as 3 Mexican countries.

President Trump blames these three countries for the recent increase of asylum-seekers to the U.S-Mexico border.

Due to troubling conditions within their home countries, many of the migrants sought asylum in America to which the US provided relief. However, Trump is working on eliminating migrants from his country thus, new plans concerning financial aid cut could eliminate programs which kept people from migrating northward.

On reckoning the blunder, Fox news later issued an apology and corrected the graphic.

Fox corrects:"We want to clarify and correct something that happened earlier in the show. We had an inaccurate graphic on screen...we just want to be clear the funding is being cut off to three Central American countries. We apologize for the error it never should have happened." pic.twitter.com/oYktCeVYMd

However, the correction came late as viewers caught the blunder beforehand with plenty of jokes to chime in with.

Read more: Donald Trump Threatens ‘SNL’ With Federal Investigation Because They Poke Fun At Him

One viewer took to Twitter joking about the 3 mentioned Mexican countries in Fox news out of which she could only spend her holiday in one.

Can’t help but feel a little disappointed...it was great to spend Spring Break with my family, but we only got to see 1 of the 3 Mexican Nations. #betterlucknexttime pic.twitter.com/wLUJ6b9sqw

While another inquired if the Mexico clone will be located far from Mexico in the map or will it be just stacked on top of original Mexico.

is that a real chyron...?
...
...
...
I would like to congratulate Mexico on its successful cloning process. I'm just kind of curious if the other two Mexicos will go elsewhere on the map or just stack up on top of the original.

I woke up this morning thinking there was only 1 Mexican country. Thanks @FoxNews for the education. 🤦🏾‍♀️

The viewers certainly saw the funny side of it.