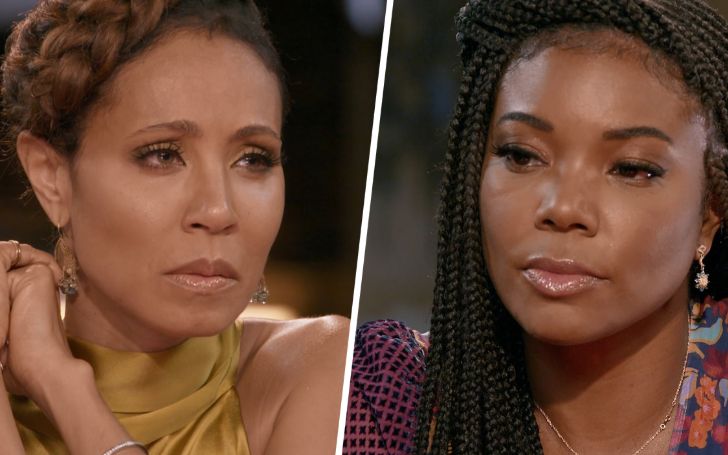 Gabrielle Union has a lot say about her relationship with Jada and recently on Monday's episode of Watch What Happens Live, opening about her reconciliation after decade long silent feud, she said,

"Yeah, we definitely text a lot more, It's great, thank god! It was such a dumb, silly thing that just kept going 'cause that's life and we live on two separate coasts…but yeah, she's awesome, she's amazing."

"I didn't even know that she is an artist- she is an amazing artist, so I'm like trying to forward all of her artwork. But she's a very good time. I enjoy her."

Previously, on May 2018, the duo came together on Pinkett Smith's Facebook Watch show, Red Table Talk where they talked about their bad blood in an effort to bury the hatchet.

Join @gabunion and I today at the Red Table for an awesome conversation. Hope to see you there;) @redtabletalk

Jada mused, every time when they met, they were always cordial and nice but there was a kind of tension between the two. In the end, Smith said, "I have a really touching episode with Gabrielle Union, We haven't been on the best of terms for 17 years and we have a reconciliation."

You May Like: Gabrielle Union And Her Husband Dwyane Wade Looked Anything But Tired Following A Glamorous Night Out At The Met Gala As The Couple Enjoyed A Relaxing Stroll In New York City.

The 46-year-old actress also earlier mentioned her friendship with Jada on Today show,

"Jada nor I never used the word feud, back in the day, neither one of us knew originally what took place back then, but the people that we had around us were like, 'Well, you know how she feels about you.'"

Union further explained, they both are very outspoken women and activists. Moreover, their husbands are also friends but maybe their pride or insecurities is the reason which never led them to open up. She added, "or it may be someone else who didn't want to see two women rise together."