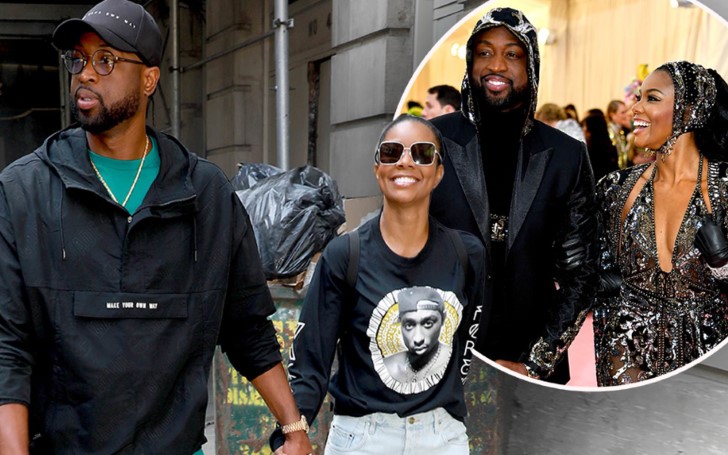 The ever beautiful and sassy black American actress Gabrielle Union with her basketball player husband Dwyane Wade looked fresh and energetic, as the couple was seen enjoying a relaxing stroll in New York City.

The 46-year-old American actress Gabrielle Union was spotted giving captivating smile with her basketball star husband Dwyane Wade in New York City after their big night out at the Met Gala.

The Power couple went for a casual look in comfortable wear. The actress carried out a cool style in her denim, black Vans, and a long sleeve Tupac t-shirt. She paired out her looks with hair tied up in a slicked back ponytail and accessorized with some oversized shades. 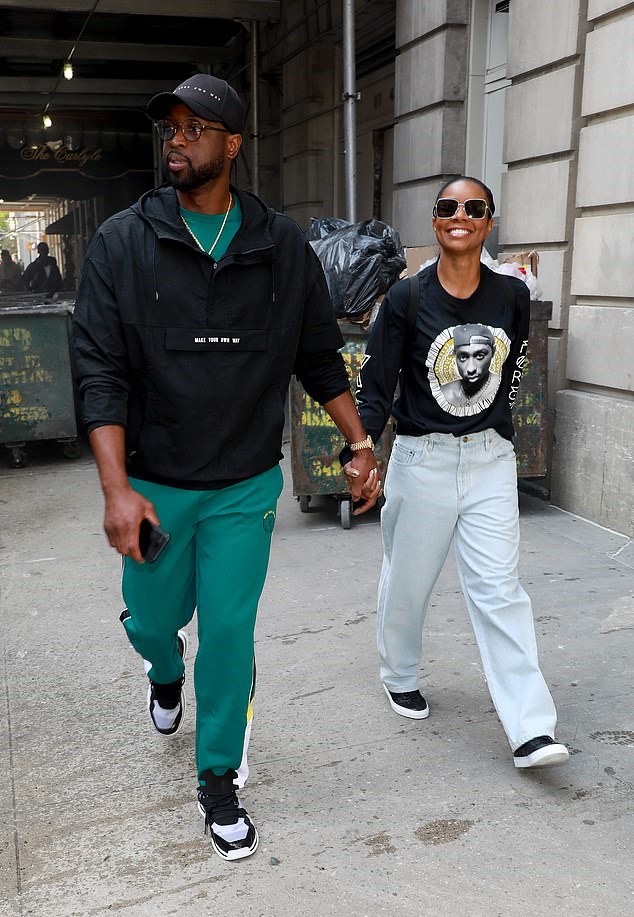 The basketball star was no less stylish than his wife as he wore green sweatpants with a matching green shirt, trainers and a black hooded raincoat. Dwyane finished off his look with a gold watch, gold necklace, readers and a black hat.

Also Read: Game Of Thrones: Why Sansa Stark Looks Likeliest To End Up On The Iron Throne

The night prior, the duo stuck to the theme with elaborate matching ensembles. The couple showed up to the 2019 Met Gala staying true to this year's theme, “Camp: Notes on Fashion.” 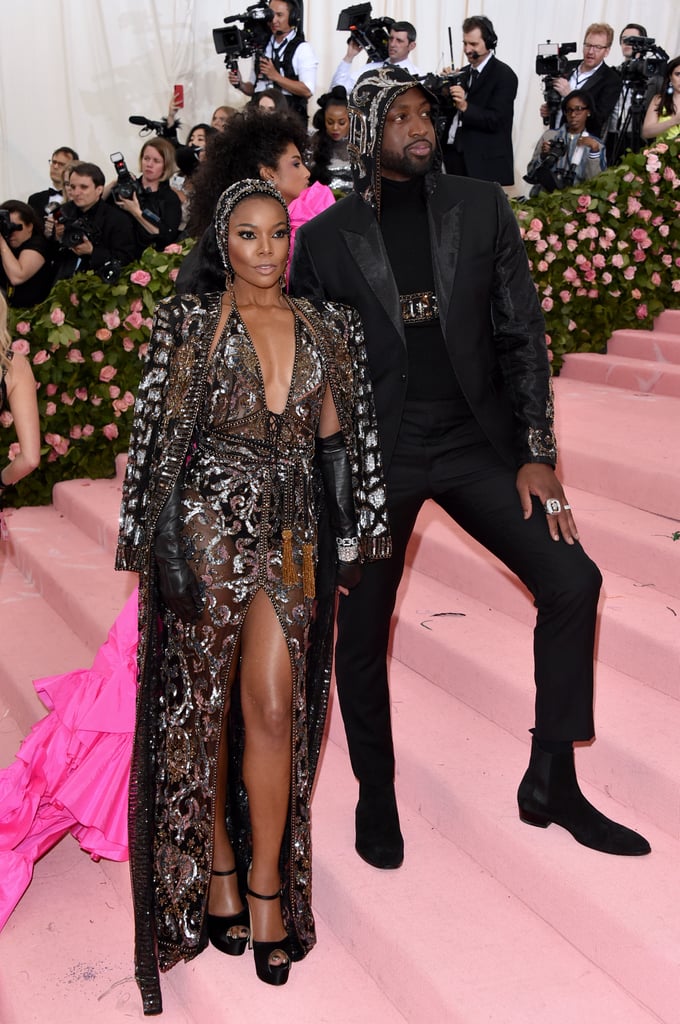 To play on the 'utterly eccentric aesthetic' of the event, the Being Mary Jane actress donned a black and metallic-silver dress and hood while the retired NBA player rocked a black outfit and coordinating black and silver hood as they hit the red carpet together.

The power couple is in a blissful married relationship since 2014 and even share a daughter named Kaavia James Union Wade born through a surrogate on November 7, 2018.