home Movies & TV Shows Game Of Thrones: Why Sansa Stark Looks Likeliest To End Up On The Iron Throne

Game Of Thrones: Why Sansa Stark Looks Likeliest To End Up On The Iron Throne 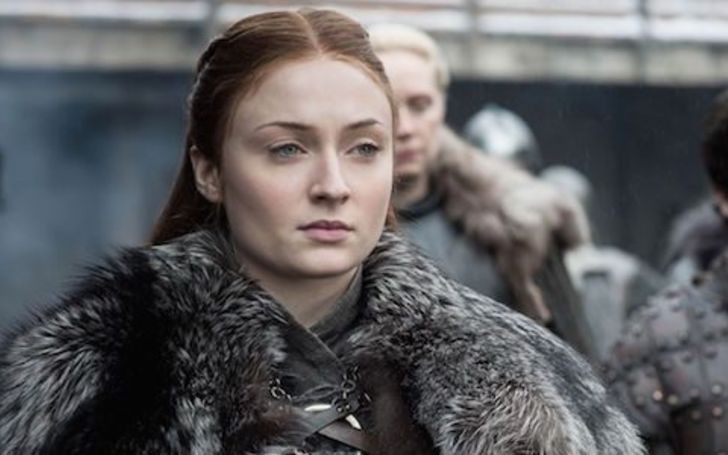 Here's why Sansa's odds of winning the iron throne looks strongest of them all!

Ever since the Iron Throne was teased up in Game of Thrones, many names have been tossed around to be its ultimate ruler, including unlikely contenders such as Gendry (technically the sole living heir to King Robert Baratheon), Jon (Kit Harrington) and Daenerys' (Emilia Clarke) names have been the voted the most from the beginning, but considering the recent turn of events and judging the subsequent transitions of each character, one moderate bet seems to be landing the pointy chair more than other, and it's none other than the reigning lady of Winterfell, Sansa Stark (Sophie Turner).

When it comes to the Starks, Sansa seems most likely to be the ultimate ruler of the Seven Kingdoms. Her hellish journey has taken her from wanting to be a princess to realizing the cold truths of a ruthless world. She may not have wholly agreed to Cersei's (Lena Headey) morality, but she did learn a great deal from the current Queen of Andals, enough to eventually outsmart Littlefinger.

When she returned to Winterfell, she showed a desire to clash, think and stubbornly stick with the idea to take back what has been seized; everybody knows who the real hero in the battle of bastards was. Recently, she even dared of never vowing the Winterfell to any other houses whatsoever.

Plus, Sansa might be the strongest character on the series. Not that anyone from the GoT has had an easy life, but Sansa arguably has faced the most hardship, save for maybe Theon. But she somehow only grew more confident, more intelligent and more empathetic. And that's the kind of ruler the Seven Kingdoms could use.

Following the battle of Winterfell, Jon Snow makes a significant decision to entrust the secret of his identity as a lost Targaryen heir to his sisters, Sansa and Arya Stark. He believes that if they swear they won’t tell a soul, his secret will be safe with them. But right after Jon swears Sansa to secrecy, she turns around and discloses the information to Tyrion.

The moment is a piece of evidence that Sansa can’t keep a secret or doesn’t care about her word of honor if she sees a way to forward her motive against Daenerys Targaryen. But the writers believe her choice to break the vow is a well-calculated move.

As showrunner D.B. Weiss states in a behind-the-episode clip, Sansa “knows what will happen if she gives Tyrion this information. She’s a student of Littlefinger, and she knows how information travels, and she can think many steps into the game, the way Littlefinger did.” Weiss explains Sansa knows Tyrion will turn around and tell Varys, and from there, she can predict even more subsequent outcomes that will follow.

Recommended: Emilia Clarke Claims Season 8 Episode 5 Is the Best Game of Thrones Ever And We Have Our Doubts!

Just before the events of season 1, Littlefinger conspired a lot of strings behind the scenes, saying he could use a broken kingdom to escalate himself to power because “chaos is a ladder.” Baelish convinced Lysa Arryn to murder her husband, then shifted the blame on the Lannisters, thereby instigating a war between them and House Stark.

Sansa later uncovers these facts and confronts Littlefinger, a move which has clearly implied she can also foresee these kinds of spiraling events. Considering that notion, she seems to be deliberately setting long-term plots into motion by telling Tyrion there’s “someone better” for the Iron Throne.

As such Weiss points out, “These are all things that have been occurring to Sansa between the time we see her get that information and the time she passes the message on.”

At this moment, Daenerys and Cersei are the least likely characters to make it through the finale of Game of Thrones. Jon may have been proven to possess the strongest of plot armor among all the other characters, but ruling an empire was never in his interest. For what’s its worth, the guy’s been long fed up of political dynamics. Sansa may not have desired it that much, but she also wouldn’t say no to a granted power.