home Lifestyle What Was I_O Net Worth? Find Out How Rich the DJ Was

What Was I_O Net Worth? Find Out How Rich the DJ Was 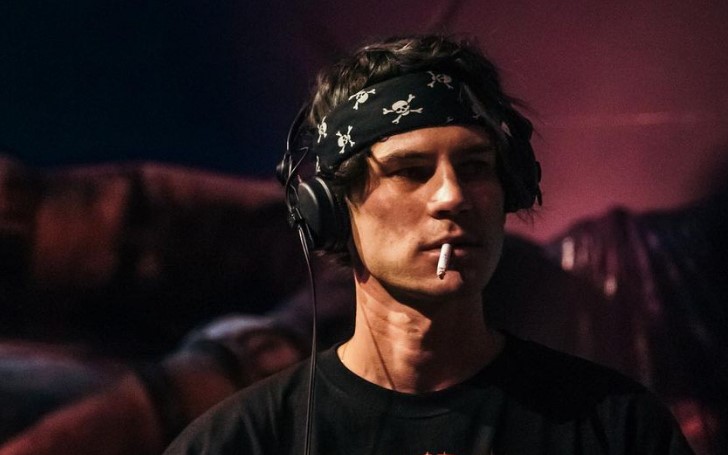 Garrett Lockhart, aka i_o, died at the age of 30; Find out about his net worth.

Garrett Lockhart, as known as i_o, was DJ and music producer from Washington. Garrett used to work under the pseudonym "Fawks."

Garrett, aka i_o, is known for his works with artists like Grimes on her 2019 track, "Violence," which was released on September 5, 2019, as the second single from her fifth studio album Miss Anthropocene.

Garrett, moreover, is also known for his own music like "Death By Techno," "Low," and "Don't Stop."

According to the reports, he was just getting started in his musical career, but on November 23, a shocking announcement on his Instagram account shocked the whole world. His Instagram account, managed by his team, confirmed he died at the age of 30.

His death has raised many questions and curiosity, and one of them is his worth. Many fans are wondering what happened to i_o, but some are also curious about his net worth. So, let's find out.

Garrett Lockhart, AKA i_o, Net Worth

According to the reports, Garrett Lockhart, aka i_o, had recently signed with Armada Music and collaborated with Lights and mau5trap on the track, "Annihilation."

As we mentioned earlier, he was just getting started on his musical career as a mainstream artist, but he parted too soon from this world.

Also See: What is Cooper Kupp Net Worth in 2020? Find Out How Rich He Is

The music producer and DJ had recently released his songs, "In My Head," "Another Level," and many more. He was doing pretty well in his musical career. With all that, some media outlets approximated that Garrett Lochart, aka i_o, had an estimated net worth of $120,000 as of 2020.

Garrett Lockhart's Fans are in Despair Following His Death

Fans were absolutely shocked and thrown into despair when they came to know about Garrett Lockhart's death. Some people thought the announcement on his Instagram was some kind of "Joke," but when news started to circulate on all verified outlets, they had no option but to believe it.

"On Monday, November 23rd, the world lost a beautiful soul, Garrett Falls Lockhart, also known as I_O. This extremely talented spirit taught us that even if nothing matters, you can still lead with love. Garrett's truth and soul live on through the music he shared. Rest in peace, Garrett. We love you."

Following the confirmation of his death, many fans took to their social media to pay their condolences to Garrett Lockhart.

"Saw him 5x last year, and every time was really fun. I can't believe he's gone. It seems like a lot of the "fake" suicidal tweets could have been real? He definitely would have been big in 2021. RIP ☹️"

"I didn't want it to be true... but it is. Thank you for everything, Garrett. Thank you for filling our ears with pounding techno as long as you could, and... I... I'm going to miss that. A lot. RIP, i_o."

"Rest in peace, the legend you influenced me so much by your art. We will never forget you."

You May Also Like: What is Caeleb Dressel's Net Worth in 2020? Find Out About His Wealth