Grab All The Details Of Freddie Prinze Jr. Backstage Feud With John Cena 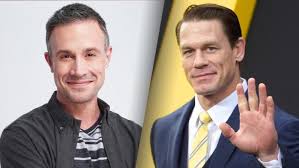 After all the controversies surrounding the feud between John Cena and Freddie Prinze Jr, Freddie is finally deciding to open about what really happened. The American actor, 43, revealed details about his issue with the professional wrestler.

Despite his differences with Cena, Freddie admits he admires what the wrestler had contributed greatly for WWE. He adds that wrestling fans have a lot to be grateful to John Cena. However, the fact that John seemingly pretended not to recognize Freddie and called him from the wrong name for the entirety of three months annoyed him. He stated:

John Cena and I were the only ones who didn't really get along. I respect what John brought to WWE. He had to hold the company on his shoulders during the PG Era when no one else wanted to. That could have been, but he wanted to be more Rated R and do the stuff he liked to do. John took that upon himself. For that, wrestling fans should be grateful. But we did not get along. He did not like that I was there. I think he called me Ashton Kutcher for the first three months I was there.

Freddie Prinze discussed his dispute with the heavy weight champion in an interview with Ariel Helwani's MMA Show.

Freddie further explained the dialogues he had with John Cena during an acting class. He talked about how the wrestler created impediments for Freddie to do work. He detailed:

He walked in, in the middle of acting class, and sat down in between the two wrestlers. We go outside and I go, 'You're not in this class because you know how to do this. But you don't want to teach these guys or girls s—. So let me do my job. Let me do what Vince wants me to do. And just stay out of here.' To his credit, he goes, 'I know approach this stuff in a barbaric sort of way, but you either got it, or you don't.' I said, 'You're right about that. But you can get better or worse depending on the type of instruction you have. Do you want them to have instruction from Vince in the promo class or from me?'

The same year of 2008 was also an infamously rough year for Cena. After returning from a torn pectoral muscle by winning the Royal Rumble, Cena wound up on the losing end of feuds with Randy Orton, Triple H, and Batista before suffering a dislocated disc in his neck.

Consequently, the Dr. of Thuganomics did reach the level of world champion again in 2008, after defeating Chris Jericho for the World Heavyweight Championship.