home Entertainment Gwyneth Paltrow and Brad Falchuk Finally Live Together After a Year of Their Marriage!

Gwyneth Paltrow and Brad Falchuk Finally Live Together After a Year of Their Marriage! 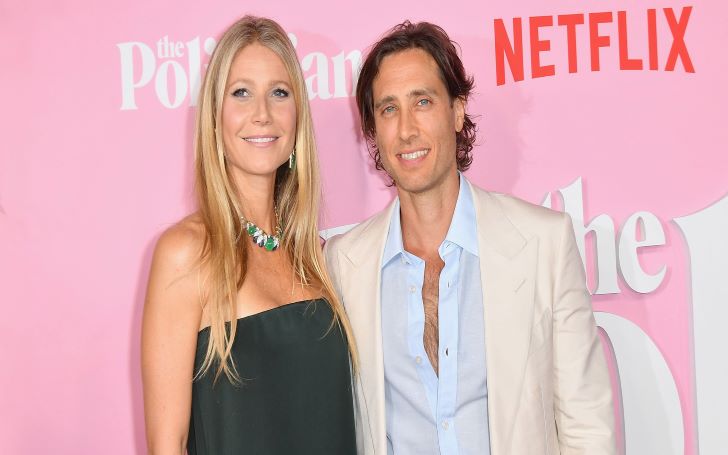 Gwyneth Paltrow and Brad Falchuk set their marriage in their own way.

After a year of an intimate wedding, Gwyneth Paltrow and Brad Falchuk finally moved in together. Furthermore, the lovebirds who used to live together for only four nights are finally under the same roof.

Well, the reason for their separate living is not any type of war or dissimilarities but only for the sake of their children. As per their interview, they are taking their relationship slowly so their teenage children could adjust properly.

Iron Man alum, Gwyneth is a mother to a daughter, Apple, 15 and a son, Moses, 13 whom she shares with the Coldplay lead singer, Chris Martin. Likewise, Falchuk also has a daughter, Isabella, and son, Brody from his previous marriage to Suzanne Falchuk. In an interview with WSJ, Brad revealed,

I’m moving in September. We’ve just done it slowly. Divorce is terrible, even when it’s the right thing to do. And it’s really hard on kids. Come September, we’re all gonna Brady Bunch it up, and it’ll be great.

This is not the first time for them to eschew the traditional timeline. Previously, Gwyneth and Brad went on a honeymoon to the Maldives with their respective children and Paltrow’s ex-husband Martin.

Well, talking about their relationship, the couple does not leave any chance to show off their affection and praise for one another. The 47-year-old diva recently praised her prolific writer-producer husband saying;

I adore my husband. He’s brilliant and deeply kind. I feel like he’s a real equal too. And he pushes me in the best ways. I really like being married. It’s fun.

Meanwhile, Gwyneth recently celebrated her 47th birthday with Politician writer and producer stepping out for a date night in a New York City.

On the occasion of a special day, Brad gave tribute to her posting a lengthy message calling her “the greatest human being ever.” Likewise, Falchuk even playfully calls out her flaws in the Instagram post.