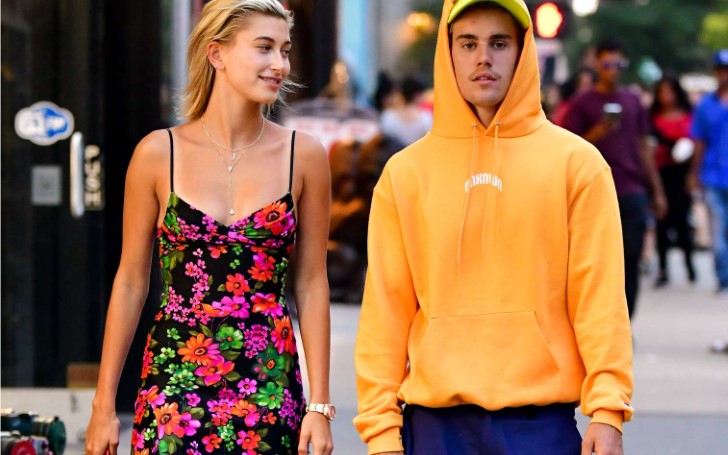 On November 16, 2018, Hailey officially changed her last name from Baldwin to Bieber on her Instagram account and confirmed her marriage to Justin Bieber.

During her recent interview with Bustle, the model admitted feeling weird in the beginning and will take some time to get used to it.

"First things first, it was weird at the beginning. It took some getting used to, for sure. It's definitely strange, it takes adjusting."

The 22-year-old model further revealed she asked her dad Stephen Baldwin before opting for her husband's surname and leaving behind such a legendary and instantly recognizable name.

"I'm very proud of my family name. I come from a great family with a history in this industry. I remember when I was going to change it, I asked my dad if he was going to be upset "

In return, her father Stephen had the best possible response. He went ahead to admit either Baldwin or Bieber, Hailey will still be loved the same. Additionally, everyone knows she's initially a Baldwin with or without the last name.

From their childhood friendship turning to a teen fling to being engaged after going through a few breakups to then actually getting married in a secret ceremony on September last year, Hailey Baldwin and Justin Bieber are definitely looking forward to building with each other.

Earlier, in July last year, Justin took to Instagram to express his feelings towards Hailey reflecting the place she holds in his life.

Was gonna wait a while to say anything but word travels fast, listen plain and simple Hailey I am soooo in love with everything about you! So committed to spending my life getting to know every single part of you loving you patiently and kindLY. I promise to lead our family with honor and integrity letting Jesus through his Holy Spirit guide us in everything we do and every decision we make. My heart is COMPLETELY and FULLY YOURS and I will ALWAYS put you first! You are the love of my life Hailey Baldwin and I wouldn’t want to spend it with anybody else. You make me so much better and we compliment eachother so well!! Can’t wait for the best season of life yet!. It’s funny because now with you everything seems to make sense! The thing I am most excited for is that my little brother and sister get to see another healthy stable marriage and look for the same!!! Gods timing really is literally perfect, we got engaged on the seventh day of the seventh month, the number seven is the number of spiritual perfection, it’s true GOOGLE IT! Isn’t that nuts? By the way I didn’t plan that, anyways My goodness does feel good to have our future secured! WERE GONNA BE BETTER AT 70 BABY HERE WE GO! “He who finds a wife finds a good thing and obtains FAVOR from the Lord!” This is the year of favor!!!!

In his Instagram post, Justin wrote: "My heart is COMPLETELY and FULLY YOURS and I will ALWAYS put you first! You are the love of my life Hailey Baldwin and I wouldn’t want to spend it with anybody else. You make me so much better and we compliment each other so well!!"

Likewise, Hailey also feels the same way about her husband. Addressing the criticisms she faced claiming she's too young to be married Hailey said:

"My sister was 24 when she got married, and my parents also got married when they were young, too. I see no reason to wait. When you know it’s right, it’s right."

Well, if she feels so, there's no reason to question her. What she feels right must be right for her.