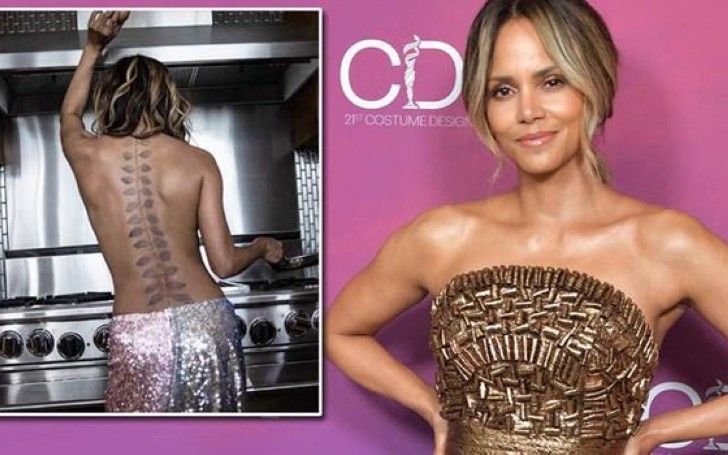 The star actress Halle Berry surprised many of her fans on Monday after revealing her new inked tattoo on her back.

The tattoo was loved and admired by many of her fans and followers resulting in positive feedbacks and appreciations.

The 52-years-old actress posted the tattoo along with the caption "Who says I’m not a mermaid" on Monday.

Who says I’m not a mermaid 🧜‍♀️

The new tattoo features a long creeper inked from the top of her neck to lower back with leaves on both sides.

The picture was snapped in the kitchen where the actress turned towards the other side showing off her topless back holding an egg in the air with frying pans.

The gorgeous actress was wearing a shining white skirt, giving those old mermaid fins vibes. Some of the fans commented on her new tattoo on Instagram saying:

Overall the new tattoo definitely sparkled the actress' outlook. The movie star's ravishing tattoo positively marked itself with a good impression from fans and critics.

Check out: Megan Barton Hanson Looks Very Busty as She Donned a See-Through Mesh Top for a Night Out in London's Shoreditch House

Furthermore, we are expecting more photos from the X-Men star flaunting her sexy back tattoo fused with different outfits and styles.