Hannah Gadsby Reveals How She Is Married To Jenney Shamash 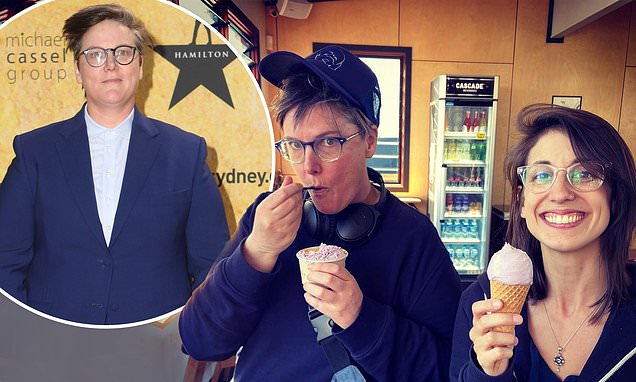 Hannah Gadsby Married For Quite A While Now: Find The Whole Truth Here!

Hannah Gadsby, the Australian comedian, writer, and actress caught everyone flatfooted when she took to her Instagram earlier this week to announce her marriage with her partner Jenny Shamash, a producer.

Sharing a rather nonchalant photo of herself with new wife Jenny eating icecream, the comedian wrote;

You May Like: Cheyenne Floyd From 'Teen Mom OG' Is Engaged To Zach Davis

“I would like to introduce all y’all to Jenney Shamash. She is a producer extraordinaire. She is very funny and is really talented at reciting facts. It is a joy to behold. We got married in January and we are very chuffed about it."

The 43 years old comedian is known as a vociferous woman, always conveying her opinions loud and clear, sometimes sarcastically and other times not.

Gadsby, writing to the Vanity Fair this month, had shared the constant unkind remarks and frowns she took while growing up because of her peculiar appearance, and says, she has now learned to confide with her close ones and her clothes, mostly blue for comfort.

Check Out: Daniel Ek - Net Worth Details Of Spotify Founder

The Primetime Emmy award-winning comedian also extended her gratitude to people who've supported the LGBTQ community and helped legalize same-sex marriage in Australia, where it was banned before 2017. Gadsby wrote; "My heartfelt thanks to everybody who voted for marriage equality."

Hannah first shot to fame with her Netflix special "Nanette", in which she put forth her own narrative on classical art history, her fluid sexuality, and the trauma suffered as a young girl. The show won her Emmy award and a Peabody award.