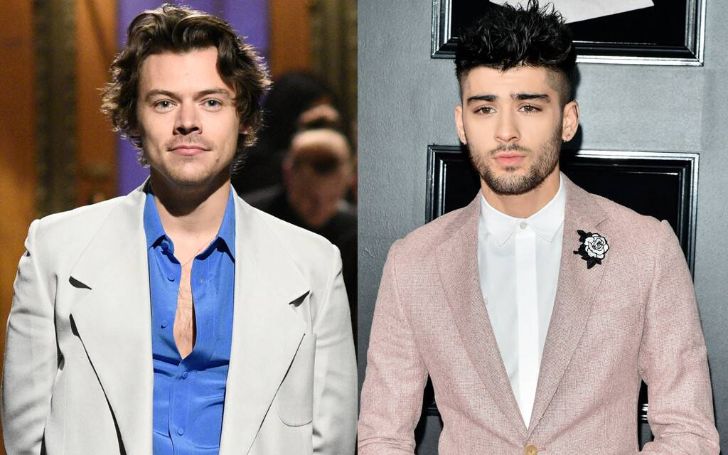 Harry Styles finally opens up the reason behind Zayn Malik's abrupt leave from One Direction.

If you are updated with the former 1D star Harry Styles, then you probably heard him shading former bandmate Zayn Malik for his unexpected leave from the band.

Yes, on the recent SNL episodes where Harry made headlines with his satirical filled comedy; During the end of his comedy section, Styles names all his band mate except Zayn who he initially tries to cite and later names him as 'Ringo' - joking as if he didn't exist.

But talking to new Music Daily's Zane Lowe right after his diss on SNL, Harry, 25, cleared the fog among the fans proving it was just a joke he cracked and in fact, has lots of love for Malik.

Check Out: Harry Styles Gets Candid About Zayn Malik LEAVING One Direction

I'd say in the moment, i Guess the four for us became closer because we were like, 'Ok this is a hurdle that we weren't expecting.

Adding to the conversation, the 'Dunkirk' star confessed, 'We were sad cause he left, but also that he was not enjoying it so much had to leave.' So, as per words from Harry, it articulates that Malik was having some sort of problems coping up with all the members.

Louis Tomlinson Speaks About His Strained Relationship With Zayn Malik >>>

The majority of fans even claim that over the period, the Pillowtalk hitmaker former supermodel/girlfriend Gigi Hadid was also the reason for Zayn, 26, dropping out of the band. However, Styles didn't cite the major reason.

FYI, Harry, who recently launched two of hot-classic style songs such as 'Watermelon Sugar' and 'Lights Up,' is up with a new album Fine Line, which is set to release this December.

So, what do you think about it, guys? During the conversation, Harry shares all the band members love him, and hearing him be so public about the split reason shows us hope of the greatest boy band of the era 'One Direction' to reconcile.

Don't Miss: Will One Direction Get Back Together? Learn All The Major Rumors Since The Band Went Into Hiatus >>>

Stay tuned and connected to find updates on the recent Entertainment news only on Glamour Fame.