home Entertainment Here's Everything You Need To Know About The New Netflix Series 'The Witcher' - The Showrunners Confirm They Won't Adapt The Games In The Future!

Here's Everything You Need To Know About The New Netflix Series 'The Witcher' - The Showrunners Confirm They Won't Adapt The Games In The Future! 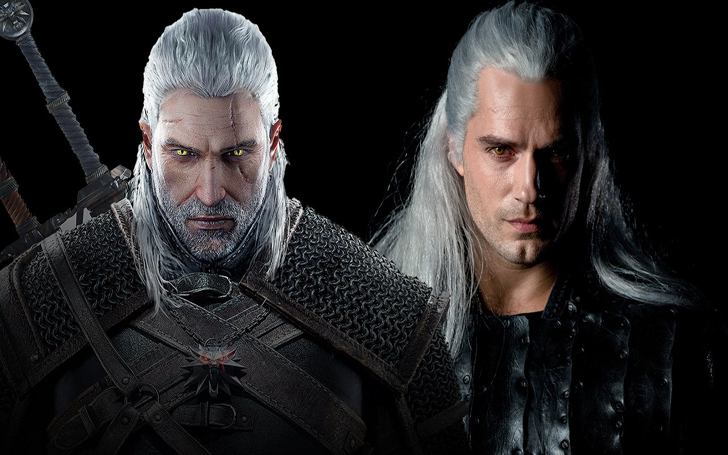 The Witcher is coming to Netflix but the creator says no to game adaptation.

'The Witcher 3' is one of the most critically acclaimed and one of the most beloved games among fans of fantasy games. The CD Projekt RED game was based on the books by Andrzej Sapkowski’s, but the games were more of a sequel than an adaptation of the eight-part book series. Though the book series is big in Europe, everywhere else in the world, The Witcher is known as a trilogy of amazing games and fans were hoping the series adaptation of The Witcher will delve deep into the game’s lore.

Watch: The first trailer for Netflix show The Witcher

For fans expecting the series to be an adaptation of the game series, you are in for a disappointment as the showrunner, Lauren Schmidt Hissrich said the series on Netflix will be an adaptation of the books rather than the games. Speaking at the comic-con panel, Hissrich revealed the series on Netflix will deal with the book 'The Last Wish', and there are no plans to adapt games in the future as well.

When asked about the possibility of seeing the games influencing the series Hissrich said, “Extreme long vision, no, we will not start adapting the games.” That probably shuts the door on the unicorn scene. “If you think about how adaptations work, the games are adaptations of the same source material that we’re using. If you come to the games and love the characters and love the kinds of stories that you find there, I think you’re going to love the show too,” she continued.

It must’ve been a hard decision to exclude the games considering the massive fan base of the game, but it all came down to preference and where to begin the story. While building a whole new fantasy world, you cannot thrust everyone into a world where people are unfamiliar with the surroundings, the world-building is essential, and Hissrich talked about building the characters from the ground up and not jumping straight into the lore.

The Last Wish was the first book I read, so you know how, with anything, the first time you experience a world, you fall in love with it in a totally different way. I love all of the books, but that was really my entrance into the world. So yeah, I drew a lot from it. It really is world-building in The Last Wish that I found to be the most important thing.

When I first started talking to Netflix about the show, I think everyone assumed that we would start with the saga because that’s sort of the most serialized storytelling and would lend itself to bingeing. And I said, ‘You can’t do that without setting up the world first.’ I guess that was a big challenge, too, was where to begin.

The problem with an adaptation of familiar materials is the story gets bogged down by the same old stuff, and there is no room for innovations. Since most people are unfamiliar with the books, and there is a better continuation amongst the eight books, it is a pretty good place to start and not get dragged down by pleasing storytelling. With the books, you can build the world and only give a little reference here and there from the games to make the gamers happy. The games are so huge; it would’ve been an insurmountable task to provide a pleasing adaptation of the games.

It is a brave thing the creators and writers of the series are doing, sometimes readapting established lore in a different medium can work but it is better to add to the lore by bringing something new to the table than just traveling on the safe waters of stagnation.

How the series tackles the game and the book is to be seen when the Henry Cavill starrer premiers on Netflix in early 2020.