Here's Why John Cho Won't Feature In The Sequel For 'Searching' 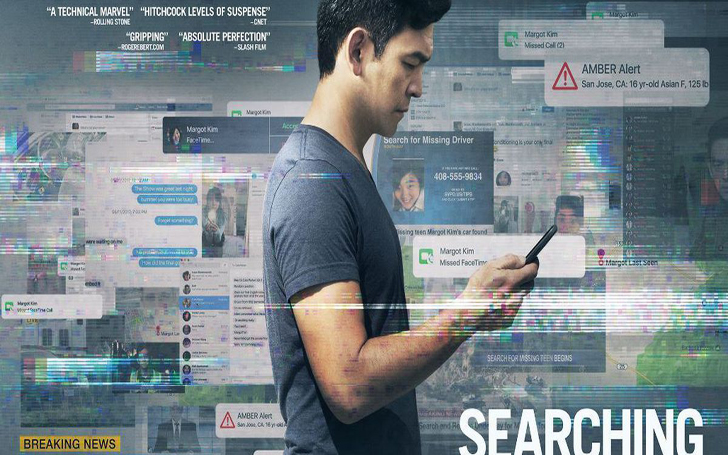 Sundance pick up Searching was an immense success, so a sequel is currently in development.

'Searching' was a massive success for Sony Stage 6 who acquired the movie for $5 million, and the film went on to make more than $75 million at the box office. Considering the movie was a Sundance pick up, the place where most independent films come to find a studio backing which Searching did.

In the movie, John Cho is searching for his daughter, after realizing she got lost and he uses her laptop to find clues so he can find her before it is too late. The movie was an innovative way of using technology as narrative materials. Throughout the whole film, we see John Cho through Facetime and iMessage and other technologies.

Watch: The trailer for Searching

The movie was a revelation, and the director brought something unique to the table which fans gradually embraced over the months and later the movie found a home in digital platforms and home media where the film drew in a considerable fanbase.

After the success of Searching, we got the confirmation via Deadline, the sequel for the beloved movie is coming, and Sony Stage 6 Films is currently working on the project with the first movie’s director Aneesh Chaganty coming back to direct the film. The director later clarified the movie would be independent of the first film, and there will be no relation to the first movie other than the social media narrative tool angle. The director took to Twitter to say, “We see this 2nd installment as a great opportunity to tell another original tech-driven thriller.”

Well, it means John Cho is not coming back to the film, and the story for the new movie is entirely new from the director and the production team of the first film. Aneesh also seemed to be taking a swipe at another franchise which involved a lost daughter and a worried father going on a search for her. Aneesh said, “With respect to Besson and Taken, that’s not the direction we’re going in.”

If you didn’t get it, the director is referencing to the Taken franchise where the story was redundant after the first movie, and the franchise died without making a sound. It seems like an excellent way to promote your film and taking a swipe at the lost daughter competitor franchise.

The amazing thing about Searching was the actors were never together while filming, and they acted by looking at screens and hearing voices in their ears through earpieces. The uniqueness of the movie drove the characters and story, which resulted in the film being ingrained in viewers’ brains.

Aneesh Chaganty was discovered after over one million people viewed his short film 'Seeds' in less than 24 hours. He was signed to Google to make advertisements for them for then the talented director left his job at Google to make his feature film debut with Searching.

The director is also currently working on a thriller with Sarah Paulson called 'Run' which will make its way to the theatre on January 2020. It is nice to know Aneesh is not jumping directly into Searching sequel and allowing the project to marinate while he finishes other commitments.

It is sad though John Cho will not be returning for the sequel, maybe finally he can get together with Kal Penn and make Harold and Kumar 4, everyone wants it, so please give the people what they want.

The sequel for Searching sequel is currently in development, and there is no set production date with the earliest possible time the movie starts shooting is during the spring of 2020 with a late 2020 or early 2021 release date.