home Movies & TV Shows 'His Dark Materials' is Debuting a Day Later in the US; How Will a One Day Delay Affect the American Fanbase?

'His Dark Materials' is Debuting a Day Later in the US; How Will a One Day Delay Affect the American Fanbase? 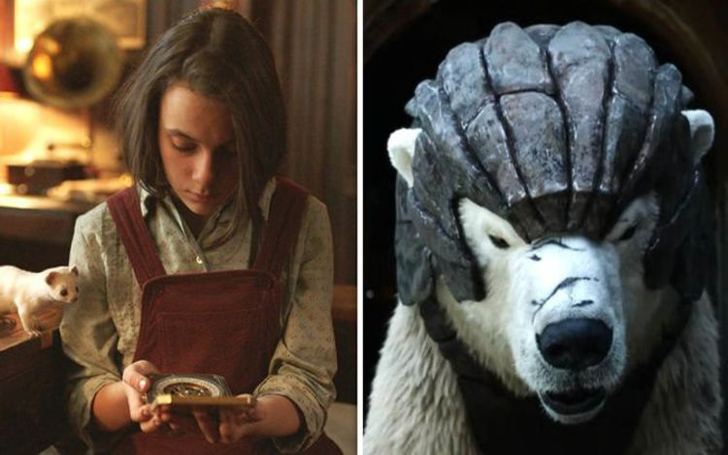 There are two separate premiere dates for 'His Dark Materials.' How is this going to affect the American audiences?

Philip Pullman’s book series ‘His Dark Materials’ is one of the most celebrated works of fiction in the world. The writer won multiple awards stemming from his work in the novel series and when 'Harry Potte'r was making all the money after the movie adaptation of the J.K. Rowling’s book was critically acclaimed and also a huge fanbase formed for the book and the movie. The producers in Hollywood wanted another such series to make them assured boatloads of money every year.

In their quest to make another 'Harry Potter,' New Line Cinema went to the adaptation of the Philip Pullman book, but it was not the success the studio was looking for. $372 million box office collection is not something to whiff at but what sunk the ship for the studio was the $180 million budget. The reception of the movie, for all intents and purposes, killed off all the possibility of a sequel.

For years, fans of the books wanted to see a faithful adaptation of the book on screen, well, not all fans, still, there was a vocal proponent of the books’ fans who wanted another go at the character of Lyra Belacqua, played by Dafne Keen, and do her justice. The is almost ready to be fulfilled with BBC getting the rights of the books and commissioning the series from the playwright of 'Harry Potter and the Cursed Child,' Jack Thorne.

The show is one of the most expensive British undertakings when it comes to a series which is why HBO co-financed the adaptation. Just going by the trailer, it is clear where the money is going because the dark, brooding adaptation seen in the series is right in vein with the characters created by Pullman and the Polar Bears look as real as they can be.

Everything was fine with the adaptation, great cast and a top-class group of people behind the camera making sure the adaptation is true to the source but then the news of the release arrived which raised a little eyebrow. It was confirmed the series would premiere on 3 November 2019, but the thing is, the release date is only for the UK, on the said date the first episode will make its debut on BBC.

But on 4 November 2019, a whole day later is when the American audiences will be able to lay their eyes on the show when it arrives on HBO. This is something new when it comes to premiere dates, most show's release day and date but it seems BBC and HBO are taking a different approach when it comes to the series’ release date.

How is This Going to Affect American Viewers?

The possibility of the whole series being delayed by a day for the American audiences is a scary thought. The whole thing is spoiler ridden and even though many fans are actual fans of the books, but there will be some who are there just to fill the void left by Game of Thrones or Orange Is the New Black. Non-book fans are going to be making up almost half of the fan base and the series being delayed by a single day is going to cause the spoilers to make their way to the internet.

In this age of “everything now” culture, the possibility of a beloved work of fiction being delayed by the production company is only going to alienate fans and potential viewers. BBC produced the show with help from HBO, so it is understandable the channel giving the preference to their audience over the rest, but it is only good till the episodes are the first few where the stakes are not as higher as they are by the final few episodes of the show.

They are probably only giving the first episode to the BBC audience with all of the future episodes being simultaneously broadcasted by the two channels. The backlash of one day delay from the American audience would be immense, but no one is really going to care about the preference to the British audience for just the first episode.

It is not unprecedented for the British outlets to hold off releasing their shows on the same day to the American audience but considering the huge IP, ‘His Dark Materials’ is they are most probably only doing it for the premiere episode. Whatever the case, we are waiting with bated breath for 4 November to find out how they are going to do with the characters and the hope is they will make the show way better than what the movie adaptation was able to do.

Watch: The final trailer for the first season of His Dark Materials

While you are still here, head on over to Entertainment to get all the details you need about the cast of His Dark Materials, we only recently finished doing a run-down. Also, click on Glamour Fame to get the collection of what our writers are working on today.