home Movies & TV Shows How Do The Creators Of South Park Create An Episode From Scratch Within A Week?

How Do The Creators Of South Park Create An Episode From Scratch Within A Week? 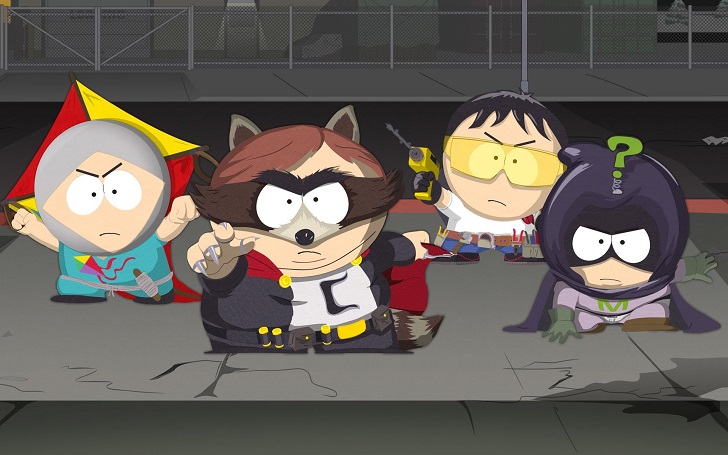 It begins in the writing room on Day 1 and then ends with the broadcast on Day 7.

Trey Parker, Matt Stone and the entire 'South Park' team are made up of masterminds to work on creating the funniest (or the most offensive?) show they can — within one week. They have six days to create an episode and air it on the seventh. That's how they roll, and that's how the team thrives in. And, having fun while making it is the key.

Once a season run has been declared to happen even a year earlier, it's the week before the first episode of any season that the work really starts. Coming up with ideas, writing the script, beginning the production for the episode, and then doing all the fancy things to it to finally air. It's a rush, and it's how it was always done for a long while. It's like students completing their term paper only the night before the deadline.

In comparison, other shows like 'Family Guy' and 'The Simpsons' take over half a year to do what they do in a week.

Watch: The Summary Of An Episode Creation In A Week

It's not like they vacate the entire part of the year other than the few weeks of working. They have other projects to look forward to, but they haven't done a show outside 'South Park' in the last 15 years. Well, 'The Book of Mormon' musical comedy in 2011 for theaters was somewhat related to South Park, they had to align it with the 'All About Mormons' episode of the seventh season. And two weeks after the first show of the broadway musical, was their 15th season that began with 'HUMANCENTiPAD' episode. Judging by how funny (or disgusting?) that episode was, their production team and the animators do one heck of a job to make every episode epic in a week.

Matt & Trey are offensive people, and that doesn't even begin to describe the two 'Funny-bots' (They dressed up like women at the 72nd Oscars in 2000). Despite it all, they would have no idea about what they would create until they start that week. Season 23 is coming to Comedy Central on September 25, 2019, after they got renewed for three more seasons once they complete this one.

We're sure nothing's happened at the South Park Studios yet, and the day of September 19 is probably when they will enter the studio in, like, forever. Thursday mornings are the staple for the starting line of creation. Wednesday, the next week is the deadline, before 10 pm.

The writer's room is a strictly prohibited room except for the creators and other writing staff. It's the first thing every morning to hold a writers' meeting to come up with ideas for an episode. It's off-limits, but the other staff could watch them laugh about as they come up with stupid ideas. Slowly but surely, the story begins to develop on the very first morning. But it's just a story, nothing concrete.

It's a privilege to enter into the writer's room.
Source: South Park Studios

The ideas come up on their private time at home, like Trey's idea for exploiting the frequent iTunes updates that have Term & Conditions to agree every time. None of the people read that stuff (which is soooo true), and then with the Human Centipede parody slipped in, it makes for a great episode. The guys doodle how some parts of the episode are going to look and call out the animators.

One scene is thought of, and animation for the initial scene begins accordingly. Meanwhile, the two jokers start recording the scene. Almost every voice character is Trey and Matt, if you didn't know. Stan is based on Trey, Kyle based on Matt, and it's Trey who voices both Cartman & Kenny as well. And Kyle's baby brother, Ike's voice had been Trey's daughter, Betty, on several occasions. The guys crack up at every line they voice. It's fun, but imagine the number of times they need to record to get one funny scene done.

Watch: Enjoy Some Of Their Funny Recording Sessions

Whatever idea the two get, the animators have to figure out how it is going to go about in the visual aspects. The animation team of Andrew B. Rhoades & Jack Shih is just as quick about it. Whenever the creators want to edit a certain scene, the ideas just get visualized in reality in as fast as 20 minutes.

The second day goes about just like that; ideas, animation and voices all completed for particular scenes. Editing is done every time Trey comes up with an even funnier scene. He's the chef of the show after all.

Gaps To Fill And Pressure

For the next three days, it goes on with scenes after scenes thought of, voiced and animated. After that, it's all fill in the blanks. Although, sometimes there are larger gaps than usual, and they have to speed it up to complete in time. Just as Trey and Matt walk around the writing room, ideas just come up. The pressure is what motivates them, and ideas just keep coming. When it doesn't, Trey is off to play with LEGOS! Therapeutic for him on such occasions.

The day before the airing of the episode, Tuesday is the tensest one. Matt would be bummed on Sundays or Mondays, but Trey is a little concerned on the last day. They would still have a certain amount of the script to finish even writing. They'd probably work overnight as Trey comes up with the finishing touch.

The last day is when the final editing is done, and all the voices we hear on the show are brought in. The scenes are aligned to get the final product, and it's done by Wednesday afternoon. And Trey is not happy. Well, that's the thing, he is never happy about any episode that the complete on Wednesday morning. They make the show worse every time (in a good way), in the hopes that it gets canceled (just a joke).

It was not like that from the start though. The first-ever episode in August of 1997 took the entire summer to make. Well, they used construction paper to make half an hour of episode. Just imagine all the frame by frame shots they had to take in order to complete a scene. Add to that; they had to reduce the half an hour episode to a 20 minute one, because they didn't realize some extra minutes had to be given for TV advertisements.

In just a month, it was a constant hit when Comedy Central aired it (Fox would be crying with regret after they initially rejected Trey & Matt's idea). They started using computers, from the second episode, which were, of course, much slower to the ones that exist in the current time.

Watch: The Creation of The Entire HUMANCENTiPAD Episode

They were like college students, and when they gradually hurried for making episodes, like taking two weeks, then ten days and then just a week, in the later years, a trend stood out. They just don't do the work prior to the week of airing anymore. The advancement in computers just gave them less time to work.

Only Once Have They Missed A Deadline

With such a short amount of time, it would be constant for people to complete such a task that the South Park team do in a week. It would be natural to have so many deadlines missed. Not this show. In its entirety, they've only missed it once.

Through no fault of their own, the South Park team failed to deliver an episode on October 16, 2013. They were in their 17th season and needed to present its fourth episode, 'Goth Kids 3: Dawn of the Posers', but could not complete because of a power outage at South Park Studios for hours. It shut down all the animation, editing and sound computers that made stuck them. They instead aired the 'Scott Tenorman Must Die' episode that day and postponed the required one for next week.

Here's the proof of the blackout.
Source: South Park Studios

In another moment, they almost missed the deadline due to a system crash that removed the episode's audio for an hour and a half. Season 20's first episode, 'Member Berries', was supposed to air on Sept. 14, 2016, and on Monday, they were only over 50% (12.5 minutes of the 22-minute requirement) complete. 9.5 minutes were completed in the next 48 hours, but as the episode was transmitted to Comedy Central, mystery six-frame sync problem occurred. It was fixed but sent just hours before the air-time.

Their Target This Season

After several attempts to end their show, Trey & Matt are trying yet another time for their Cancel South Park Campaign. Of course, Comedy Central asked for another three seasons from them, and they are bound to do it anyway. In the last two seasons, they've not serialized the show, and in the passing season, there was almost no political dealing entirely, and they choose to do the same. But as is possible, it might just come up as they think of something new and funny to write.

Aside from South Park, they also have some killer ideas that they would likely do once they complete their ten weeks of work. After 'Team America: World Police', they haven't done anything else. During the time they released two video games, 'South Park: The Stick of Truth' and 'South Park: The Fractured But Whole', which were instant hits, and of course, 'The Book of Mormon'.