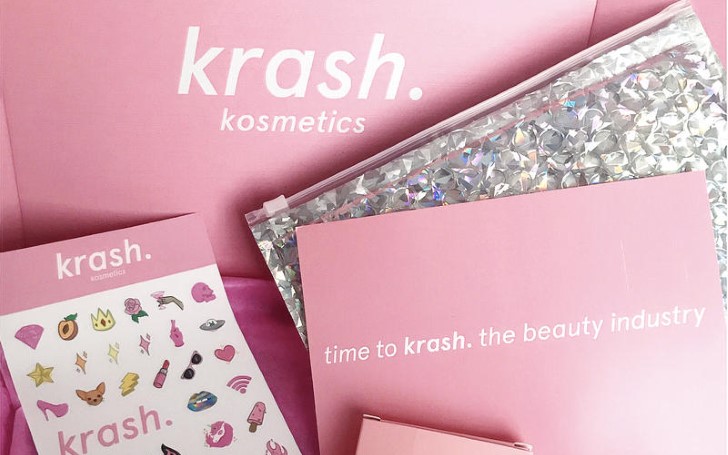 If you are fond of fashion and Instagram, it's likely you follow Diet Prada. The Instagram account was designed to call out fashion houses and designers on "taking inspiration" from other houses/designers. It has since grown to have 800k followers and rising.

Now, a new account that looks to be replicating similar accountability on the beauty industry has been uncovered. As per WWD, Estee Laundry is run by "a worldwide network of beauty insiders who met each other via social media".

Did these #KBeauty products inspire #Glossier? #BeautyTap seems to think so. Swipe through the photos to see which Glossier products could actually be K-Beauty dupes. #Laundrites, what other products could have inspired Glossier? (Full article in our Instagram Story). #EmilyWeiss #InnisFree #PeriPera #SanDaWha #MakePrem #GlowRecipe #HolySnails #SokoGlam

The account's bio reads that its aim is "airing out the beauty industry's dirty laundry."

Speaking to WWD, a member of the group said:

"Diet Prada plays a vital role as a fashion watchdog and we think of ourselves as the beauty industry's watchdog. Over the years they've become less objective."

The member added, they want to be completely neutral and have no favorites or enemies. They don't attack any brands or person or influencer. They claimed to just call out actions that they find unethical on a case-by-case basis.

The #Elemis S.O.S Emergency Cream and the S.O.S Survival Cream may appear to be different products but guess what? They are not. They share the same INCI lists (check out the cross-reference photos) and the same size. The only difference is the S.O.S Survival Cream is marketed to men... and is cheaper in price. How is that fair? This may be a more common business practice than most realise but it doesn’t make it right. #Laundrites, do you agree? #SexistMuch #PinkTax

One of it's most recent successes has been the outing of skincare brand Sunday Riley asking employees to write positive reviews on Sephora. As a matter of fact, the brand confirmed that it had, at one point, asked the staff to do this.

#Sephora is now ready to speak out regarding the #SundayRiley scandal. A representative from Sephora provided #Allure with the following statement: "At Sephora, we believe in the power of the beauty community and that knowledge should be shared to benefit all. Sephora has very strict brand rules regarding our Ratings and Reviews, which we know are an important decision tool for our clients. Additionally, we have teams dedicated to protecting the integrity of our Ratings and Reviews, ensuring through detailed moderation that it's a constant trusted, unbiased, authentic source for all. We do not believe this incident is representative of the Sephora Ratings and Reviews culture, or the countless hours our clients have spent sharing their product experiences with us and others. We've been in touch with Sunday Riley on this matter, and they have committed to adhering to our review policy." What do you all make of this?🤔

Likewise, the beauty industry watchdog has called out Kim Kardashian and her Body fragrance bottle, which is suspiciously similar to Jean Paul Gaultier's Classique.

Is this a case where imitation is not the sincerest form of flattery? We think so. It’s one thing if a brand (#NipAndFab) uses similar, if not the same, bottles as another brand’s (#Farsali)—but the same concept, colours and product names, too? That’s taking it to a whole other level. #Laundrites, do you all agree? Is creativity dead?🦄☠️ #FarsaliCare #FarahDhukai #SalAli #RodialBeauty

Unlike Diet Prada whose founders recently revealed themselves, Estee Laundry says it plans to remain anonymous. "The main point we want to get across is we're for the people and we want to be a voice for the consumer, the customers. [We're not interested in] making money or collaborating with brands or influencers. We just want to be the beauty industry watchdog and be there for everyone."