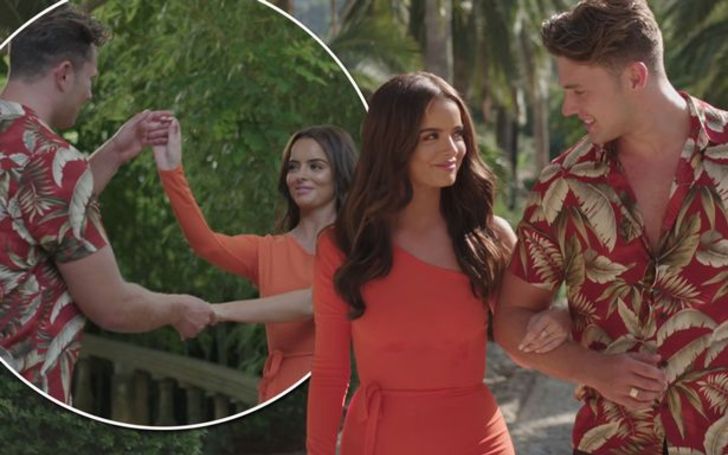 Love Island sizzling sensation Maura Huggins is now facing criticism labeling her as "hypocrite" by fans after her reaction interruption to the sparkling love between Jordan Hames and Anna Vakili.

Anna was furious finding out that Jordan was chatting up with fellow islander India Reynolds who just a few days ago asked Anna to be his girlfriend.

We can see the heat between the two Love Islanders blazing the smell of jealousy between both the villa sisters.

Accounting that the viewers are now criticizing Maura's behavior calling her a bluenose citing all her hypocrite role the past two incidents. Formerly, Maura expressed same reactions before when his current partner coupled up with Amy Hart.

The self-centered nature of Maura is not appreciated by the viewers leaving her covered with pile with tons of displeased comments,

"Fair enough they weren't in 'relationships,' but she expressed her feelings for them both, like Jordan did (he's still in the wrong though)."

"Maura's the biggest hypocrite on that show by the way. I'm tired of them."

An Insta user commented on her recent post criticizing,

Maura and Curtis are among the last four favorites to win the reality show, with most bookies offering a price of 12/1.

Meanwhile, fellow Irish star Greg O'Shea, who is with Amber Gill, is priced at 9/2 to win.

The so claimed 'cheesy' nature of Laura is negatively impacting her lose the betting price and declining TRPs, watch out Maura if may cost you with some hefty losses.

Stay tuned and connected to find more interesting news on your beloved celebrities.