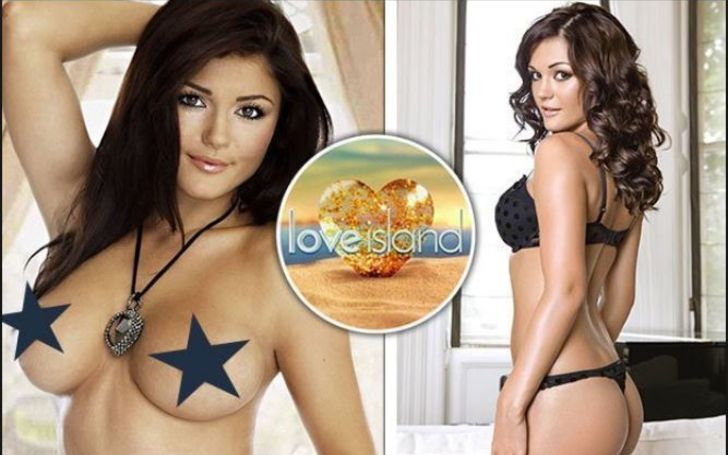 Shortly after dropping racy snaps from her topless bikini shoot the new bombshell of Love Island, India Reynolds surprises her fans with another seducing picture of her.

The Playboy model blessed us sharing sexy stripped naked photoshoot she did before coming to the villa.

Well, the glamour queen got those seductive poses from an early age. In the clip, sexy India stripteases us showing off her seducing curves crawling over the bed and leaving viewers with 'lust'.

Glazing those assassinating eyes and making those soothering lips, the Page 3 model slowly pulls off her camisole unveiling her libidinous physique.

Imagine a hot brunette getting all sassy and calling you with those naughty looks, licking lips and looking out for a company. As the clips goes on, India then starts biting her finger giving those sassy callings with raunchy looks slowly loosing her pajama bottoms.

India stayed in an elevated position showing us those curves and everything in between coming up and forth towards the camera.

By the end of the clip, the seducing star lounges on the bed completely naked, turned on and tinkling the edges of her boobies.

Well, the foxy star's irresistible as she has already thrown her spells at some of the contestants soon as she landed on the villa.

Watch out guys cause India is something you won't forget in your wildest dreams.

Stay tuned and connected to find updates and more intriguing articles only on glamourfame.