home Lifestyle Is Allison Janney's Married in 2021? If Yes, Who is Her Husband?

Is Allison Janney's Married in 2021? If Yes, Who is Her Husband? 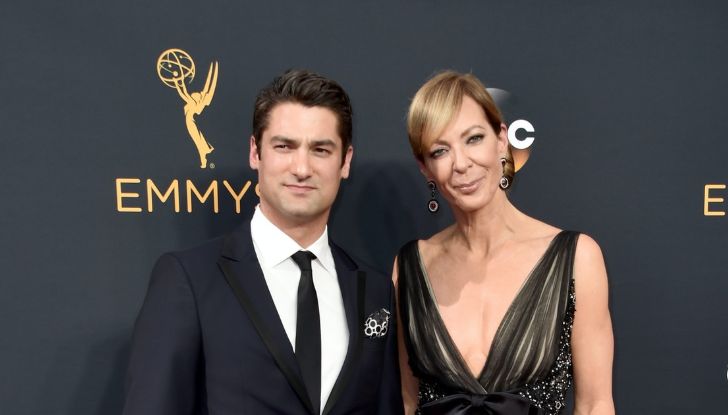 Recipient of seven Screen Actor Guild Awards, and six Critic Choice Awards, Allison Janney, holds several esteemed accolades to her name. Widely known for her role as C.J Cregg in NBC political drama The West Wing, created by Aaron Sorkin, that character was termed a breakthrough for Allison, after which she went onto have a successful career.

Allison Brooks Janney's mother, Macy Brooks Janney, was a former actress, and her father, Jervis Spenser Janney, a real estate developer, and Jazz musician. Born in a thriving family on November 19, 1959, Allison is a sister to her two siblings, Hal and Jay.

Initially, Allison aimed for a career in figure skating; however, that dream of her laid to rest when she was a teenager after a serious accident. Continue reading to learn more about Allison Janney's personal and romantic life.

More recently recognized from movies like The Girl On Train, Bad Education, and Bombshell, the actress hasn't been as lucky in her romantic life compare to her professional life. Aged 61, Allison Janney is single and child-free in 2021.

Allison Janney says on Drew Barrymore show that she is single, child-free, and happy in 2021.
Photo Source: Celebrity Net Worth

The actress, however, doesn't look at her relationship status the same way people look at it. Appearing for many interviews and shows, Janney has held up to her decision of not having a husband and child as the best choice of her life. Winner of two Prime-Time Emmy Awards for her role as Bonnie Plunkett, a self-centered and joyful mom in the 2013 CBS sitcom, Mom, Allison ironically has made a conscious choice of not having a child in her real life.

Recommended: Who is Jen Psaki's Husband in 2021? Learn About Her Married Life Here

Appearing in the Drew Barrymore show in April 2021, reflecting back on her choices, Allison said, "I would rather regret not having kids than have kids and regret that, I'm OK with it."

Also, the Academy Award winner in the Best Supporting Actress category for her role as LaVona Golden in Craig Gillespie directed "I Tonya" (2017); Allison has dated a number of people in the past, some almost ending in marriage. The actress now opines that she would have been married with kids now if she'd met the right guy at the right time.

Allison's first-ever candid relationship dates back to 1994 when she was dating a computer programmer named Dennis Gagomiros. The duo dated for a rough seven years before splitting ways in 2001. The Mom actress then shared a romantic relationship with her co-star from the 2005 film "Our Very Own" Richard Derek just a year later. The couple even got engaged in 2004 but broke off in 2006.

The veteran actress received much hate on the internet when she was linked with a young man named Philip Joncas, a production manager. The duo reportedly met on the sets of 2013 "The Way, Way Back." They dated for five years and split ways in 2017.

Allison Janney got engaged to actor Richard Derek in 2004 but it was called off in 2006.
Photo Source: Famous Fix

After many questions from her fans regarding her relationship with Philip, the actress revealed that they were just having fun and weren't into anything serious. Three decades into her acclaimed career, Allison has many projects releasing this year, and as per sources, her estimated net worth stands at $6 million in 2021.