home Lifestyle Who is Jen Psaki's Husband in 2021? Learn About Her Married Life Here

Who is Jen Psaki's Husband in 2021? Learn About Her Married Life Here 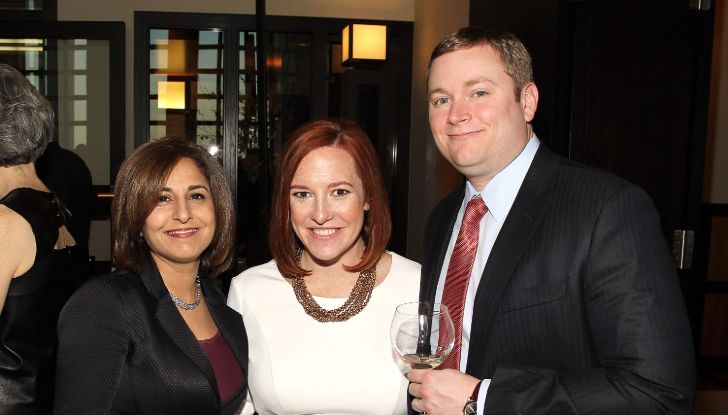 Jen Psaki's Husband; Everything There Is Know About Her Married Life?

Jen Psaki is currently President Joe Biden's first press secretary; she had previously served as the White House deputy press secretary, spokesperson for the department of state during the Obama administration.

Born on December 1, 1978, in Stamford, Connecticut, Jennifer Rene Psaki was welcomed by an affluent family. Her dad James R Psaki is a retired real estate developer, and her mom EileenDolan, a psychotherapist.

A member of the democratic party, Jen was appointed White House press secretary on January 20, filling into the shoes of her immediate and staunch predecessor KayleighMcEnany. Acclaimed and adept at her job, Psaki also lives a blissful and quiet married life. Continue reading as we bring you more details.

Jen Psaki's Husband; Who is He?

The veteran political adviser was also a contributor for CNN from 2017 to 2020. Applauded by commentators like Brian Stelter, VanJones for her strong takes on issues, Jen Psaki is married to a like-minded democratic political aide named Gregory Mecher, deputy finance director at the Democratic Congressional campaign committee.

Jen Psaki tied the knot with the deputy finance director at DCCC on May 8, 2010.
Photo Source: The Sun

As per reports, Jen and Gregory first met when they were both with the Democratic Congressional Campaign Committee. The couple tied knots in 2010 and are married for more than a decade now. Less famed compared to his acclaimed wife, very little information is available of Gregory. Mecher is a former chief of staff to congressmen Steve Driehaus and Joe Kennedy.

Don't Miss; Who is Miranda Lambert's Husband in 2021? All About Her Married Life Here

Mecher was born in 1976 in Southern Ohio and graduated from Northern Kentucky University with a degree in communication and television production. He started his political venture as a student by scoring an internship with congressman Ken Lucas and later pushing his position to the chief of staff for the congressmen mentioned above.

In an interview with Washington Post, Gregory said that he had a one-sided crush on Jen for a long time while they both were working at DCCC headquarter. The pair was in a long-distance relationship for a while as Jen was offered a job for the Obama campaign and had to move to Chicago in February 2009.

Currently internet's favorite political persona, with many terming her a huge upgrade, Jen Psaki has kept her personal life at a distance from media, away from attracting any redundant attention. Her net worth in 2021 is estimated to be $2 million, and her salary as a press secretary is expected to be $183,000. Intel on her husband, Greg's wealth, stands undisclosed, though.

Is Jen Psaki Stepping Down?

In an interview with CNN's David Axelrod, Jen Psaki told that she will be stepping from her position by 2022. The 42 years old veteran doesn't want to miss out on her kids' formative years. "It's a great job, it will be hard, but I also never thought I'd be here, and I also love my kids a lot," said Jen.

Jen Psaki says she will be stepping down from her position in 2022.
Photo Source: News Week

Psaki had built a bond with Joe Biden while she was serving during Barack Obama's administration. She then tells Axelrod that she had accepted the job after Biden's transition team agreed to her condition that she would be serving only for a year, implying her abdication by January 2022.