home Entertainment Is Kim So Yeon a Real Singer? Who is She Dating Currently?

Is Kim So Yeon a Real Singer? Who is She Dating Currently? 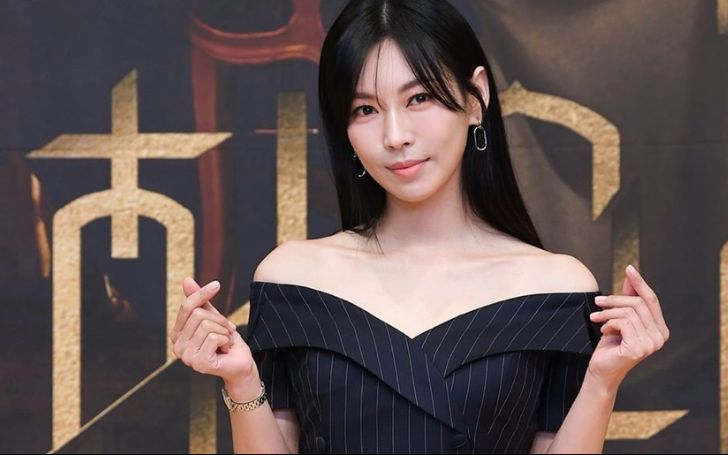 Learn about Kim So Yeon's relationship: Here's the breakdown.

So-Yeon debuted in the entertainment industry at 14 by entering the Miss Binggrae beauty pageant without her parents' approval. Then later in her second year of middle school, she used a marker pen as her eyeliner and ended up winning the top prize. Because of her preternaturally elegant and mature looks, she was often cast for older roles, notably as a manipulative, villainous character. The drama series All About Eve drew a peak viewership rating of 45.2% when it aired in 2000.

But as many of her roles began to be the same character, she was typecasted as the prim, cold-hearted character, which negatively affected Kim's career, and her fame went downhill in the mid-2000s. So-Yeon's career resurgence began with the 2009 big-budget series Iris.

What is Kim So-yeon's Relationship Status? Is She Married?

Related: Does Halle Berry has a Husband in 2021? Learn about her Relationship Status Here

At the recently-concluded 57th Baeksang Arts Awards, she beat fellow veteran actress Uhm Ji-won, who was nominated for Birthcare Center, Shin Hye-sun for Mr. Queen, Seo Ye-Ji nominated for It's Okay To Not Be Okay, and Kim So-Hyun for River Where the Moon Rises to snag the coveted Best Actress in TV award for her role in The Penthouse: War in Life.

After her memorable villainous character in All About Eve, her character in the new series The Penthouse: War in Life is just as charming, if not more. In two-and-a-half months, she picked up piano for the drama and had a monumental scene where she played with blood on her hands.

The series ended with three-season, and it seems another season won't be greenlit. Kim So-Yeon is often praised for being nice and thoughtful in real life, unlike the roles she portrays. She's great at playing devious characters you love to hate; many in the industry acknowledge her being equally kind to fellow actors, staff members, and reporters.