home Entertainment Is Yara Zaya Pregnant with Her Second Baby?

Is Yara Zaya Pregnant with Her Second Baby? 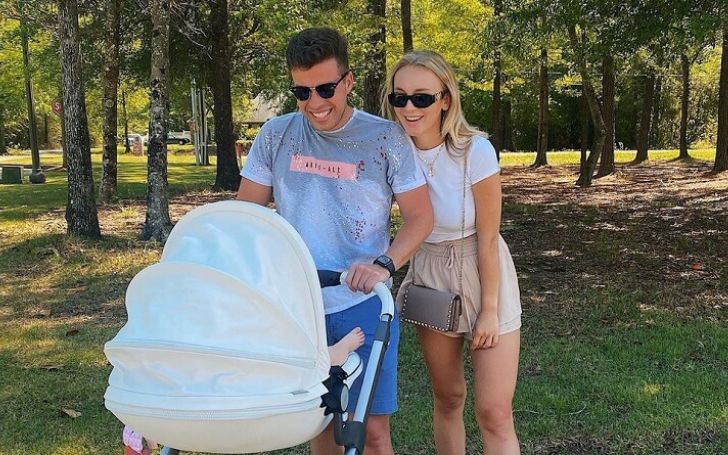 The loved star of 90 Day Fiancé, Yara Zaya, pregnancy rumors sparked among the fans following the beautiful lady's response to the show's host on her wish for another child. Yara replied, saying she hasn't been on periods for a long time.

The above statement spurred suspicions among fans regarding Yara's second pregnancy. Zara, originally from Kyiv, Ukraine, hasn't yet confirmed the rumors.

The celeb met her current husband, Jovi Dufrene, in season 8 of The'90 Day Fiance' Tell-All. She'd got pregnant a few weeks into dating. No wonder fans got confused with another pregnancy when the star responded with missing her period.

However, Yara's recently posted her workout video on her Instagram flexing her toned abs, in addition to the star's statement on losing 800 calories due to intense workout added to the confusion arising within fans.

The tete-a-tete isn't finished yet, as reports say Zara affirmed skipping meals after six, hinting at a diet. All these actions slightly oppose the call to pregnancy. As there isn't a baby bump, and a pregnant woman doesnt normally go on diets.

The truth hasn't surfaced yet as the current shreds of evidence indicate the opposite of the rumors circulating. Let's hope the confusion gets cleared in the upcoming episode of the 90 Day Fiancé.

For more information and news on your favorite celebrities, visit Glamour Fame!