home Entertainment Isaiah Wilson Girlfriend: Who is the NFL Player Dating in 2020?

Isaiah Wilson Girlfriend: Who is the NFL Player Dating in 2020? 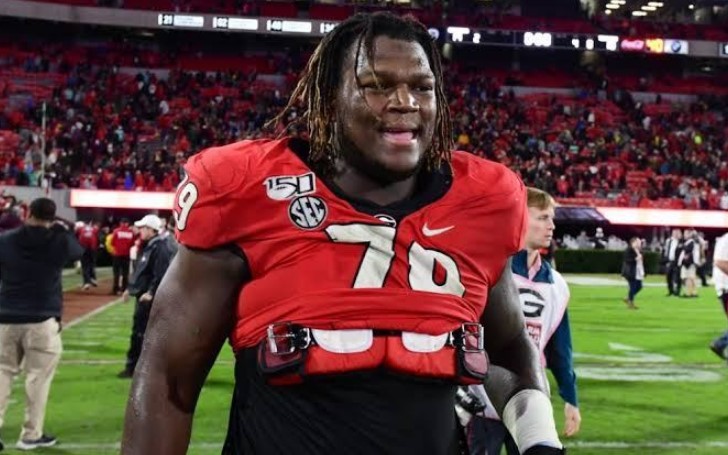 Here's what you should know about Isaiah Wilson's girlfriend in 2020.

Isaiah Wilson (born Isaiah Terrell Wilson) is an American Football player for the Tennessee Titans of the NFL. The Titans drafted Isaiah in the first round of the 2020 NFL Draft.

Wilson is now expected to compete with Dennis Kelly for the open. Before his NFL draft, Isaiah played college football for the University of Georgia. Wilson was named to the second-team All-SEC following his redshirt sophomore season in 2019.

We suppose you already know more about Isaiah Wilson's football career, but how well do you know about his personal life? By personal, we mean his dating life. Do you know whom he is dating in 2020? Let's find out.

Isaiah Wilson Girlfriend in 2020, Is He Dating Anyone?

Well, if you watched first-round NFL Draft 2020 on April 23, then we suppose you know Isaiah Wilson, is in fact, in a relationship. The NFL draft's reaction video from Isaiah, his girlfriend, and his mom went viral for all wrong reasons.

The video of Isaiah him finding out he would be the Tennessee Titan's first-round pick in the 2020 NFL draft showed his fiance sitting on Wilson's lap and hugging him because he was understandably emotional about the special moment.

While all seemed good this far, something unexpected was to come. While Isaiah's girlfriend was hugging her beau, she was blocking ESPN's camera shot, which prompted the NFL player's mom to snatched up his girlfriend and remove her from the frame.

Well, ESPN then soon shifted the attention to his stats, but the damage had already been done. People were quick to capture the moment and share it on social media and video sharing platforms.

The video was labeled 'cringe' from fans around the world. The largest internet community Reddit was filled with memes and videos of the moment.

"Oh man.. As a mother, I'd never pull my son's partner away from him if they were having a moment like this. And as a partner, I would hug him and then quickly move so his family members can have a turn to celebrate with him too. Geez, cringe for sure!"

"So, as someone who loves the NFL draft, I'm kinda ok with it. These players work incredibly hard all their lives and it's their moment. I recommend you look up other NFL Draft stories related to girlfriends or family members kind of stealing the spotlight. Look up the CeeDee Lamb moment when he yanks his phone away from his gf because she's trying to take it away from him while they're on national TV. I'm not saying she's at fault but it's a good look into the emotion that players willingly show on nights like that."

"I think the mom was just saying "get off the camera, this is his moment". Although I can see both sides, I'm also thinking about those two sharing the moment as much as he might have just needed to have his moment away from others."

So, Who is Isaiah Wilson's Girlfriend?

After all this, we are pretty sure all of you want to know who is Isaiah Wilson's girlfriend. According to some fans, the NFL player's girl's name is Grace Barnett. The sources added the couple was already engaged; however, it seems they are not together anymore.

Just like some fans assumed previously following the "cringe" video surfaced, the couple has stopped following each other on their social media. Moreover, Grace Barnett is a YouTuber, and she had plenty of videos with Isaiah Wilson on her channel, but all videos are gone.

Grace, who is expected to be 22 years old as of 2020, also deleted all her accounts from social media. Well, it's not clear if the couple really broke up or just trying to ignore the unwanted attention from trolls, but that's been the case so far. We hope they are still good!