home Entertainment Who is Karl-Anthony Towns' GIrlfriend in 2020? Find About His Relationship

Who is Karl-Anthony Towns' GIrlfriend in 2020? Find About His Relationship 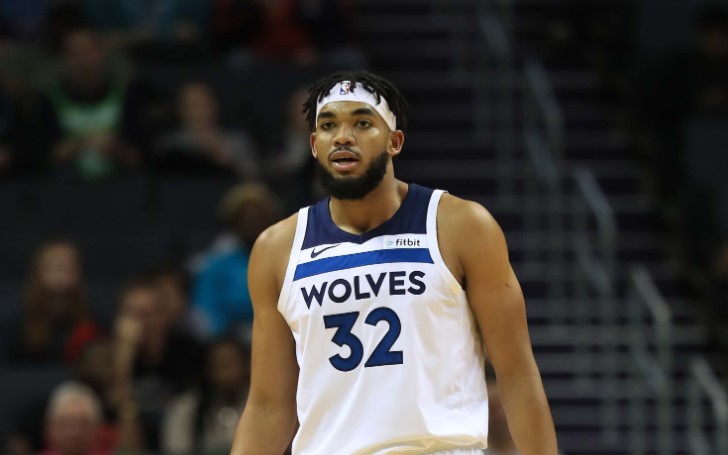 Here's what you should know about Karl-Anthony Towns Jr.s girlfriend in 2020.

Karl-Anthony Towns Jr. is a Dominican American professional basketball player. Currently, the player is playing for Minnesota Timberwolves of the National Basketball Association.

Karl, who played college basketball for the Kentucky Wildcats, started playing for the Dominican Republic national team at the age of 16. The NBA player was drafted in the 2015 NBA draft by the Minnesota Timberwolves.

While talking about his early life, Karl was born in Edison, New Jersey, and grew up in Piscataway. The NBA player went to Theodore Schor Middle School from Our Lady of Fatima in 2009.

We assume you already know about Karl's excellent career and his early life, but how well do you know about his dating life? Do you know who Karl Anthony Towns' girlfriend is in 2020? Let's find out.

According to the reports, Karl Anthony Towns is still single, but it seems there's something new coming up. In a recent development, Karl is linked with Jordyn Woods following the two were spotted enjoying a lunch date.

The alleged couple was spotted on August 11, 2020, at Toscanova in Calabasas and some other friends. The couple seemed to enjoy their day, but that was not the first time two were spotted together.

Also Read: Isaiah Wilson Girlfriend: Who is the NFL Player Dating in 2020?

According to some reports, the rumored lovers were seen enjoying dinner together at a celebrity hotspot Nobu in Malibu in July of 2020. Following the dinner the same night, the alleged couple got into the same SUV.

Who is Karl Anthony Towns Ex-Girlfriend?

Before the NBA player was linked to Jordyn Woods, Karl Anthony Towns was dating his ex-girlfriend, Kawa Andrade. Karl and Kawa started dating back in late 2016.

Some people speculated the former couple broke up because Kawa Andrade cheated Karl Anthony Towns with Jimmy Butler, one of the teammates of Karl. The rumors sparked when Timberwolves posted a birthday message for Buttler during which one of the fans commented,

"Maybe he will commemorate with Towns' partner once more."

The comment was removed, but it was enough to start a rumor of Kawa cheating on her beau. But later, Towns' himself denied the rumors by calling it 'Fake news.' People were confused if the former couple were still together till that time, but Karl Anthony's recent development with Jordyn clears all confusion now.

You May Also Like: Katie Holmes Dating, Past Affairs, Divorce -Everything You Need to Know!