home Lifestyle Who Are Ismael Cruz Cordova's Parents? Learn About Them Here

Who Are Ismael Cruz Cordova's Parents? Learn About Them Here 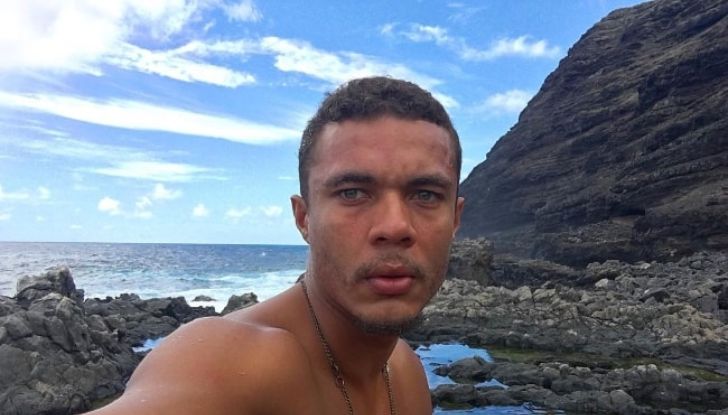 Ismael Cruz Córdova's Parents: All the Details about his Family and Early Life Here!

Born and raised in Puerto Rico, Ismael Cruz Córdova's pathos as Hector Campos in the American television series Ray Donovan earned him an immediate vast fandom. He originally garnered attention for playing Mando in Sesame Street. The 34-year-old has landed a role in the hotly-anticipated Lord of the Rings.

Córdova calls himself an Afro-Latin and has been visibly taking a stand for both communities. After studying experimental theater at NYU, Córdova says he paid his dues doing gigs and small roles for years. On the road to foreseeable fame, The Afro-Latin actor writes, "I am who I am because of my mother."

Córdova's Parents and His Early Life!

Living a pretty opulent life now, Córdova recalls he didn't have it the same while growing up. In his words, he grew up in a poor, uneducated family. But for Cruz, he always had the unfazed support of his entourage, consisting of his father, mother, and three sisters.

Córdova says his mother is his No 1 fan.
Photo source: Article Bio

As apparent from his Instagram, @ismaelcruzcordova, he shares a very close bond with his parents, his mother specifically. Córdova says his mother is his number 1 fan. Cruz's posts narrating his gratitude for his parents are frequent. For instance, in one post, Córdova writes, "They (parents) are an example that at any age, you can commit to seeing the world in a different way."

Check Out: Who is Alyvia Alyn Lind's Family? Know All About Her Personal Life!

Although the primary information of his parents isn't disclosed, Cruz says they are on a journey to learn new things and unlearn the distorted narratives. Córdova's parents are vegan and living fun life. Check out his mother, Maritza Córdova's Instagram @cordomaritza to witness the old duo's withstanding love.

Ismael Cruz Córdova on growing up poor and in a marginalized community.
Photo Source: Pinterest

In his interview with Backstage, Córdova says at 14, he got a scholarship at a private school for swimming. From there, he forayed into acting by joining a drama club. Cruz shares that he took acting because he wanted to re-enfranchise his community.

Cruz Córdova to star in Lord of the Rings and more!

After giving a stellar performance in Miss Bala, The Undoing, Córdova's name has now been added to Amazon's Lord of the Rings. He will be a regular on the upcoming show alongside Robert Aramayo, Owain Arthur, Nazanin Boniadi, and more. Budgeted at $1 billion, the filming is already underway.

The Puerto Rican actor will be starring alongside Sofia Boutella and Jonny Lee Miller in the upcoming Sci-Fi, Settlers. The trailer of the thriller was recently released. About a group of Martian frontiers trying to survive on Mars, the movie will be releasing on July 23.

Don't Miss: Who Are Lashana Lynch's Parents? Learn All About Them Here

Córdova's talents aren't limited to just stage and screen. The actor also shares his striking outlook in the Mash Head Magazine. His latest article subtly articulated his journey in becoming. He writes, "I think one of the main things that have shaped my sense of self is being marginalized."