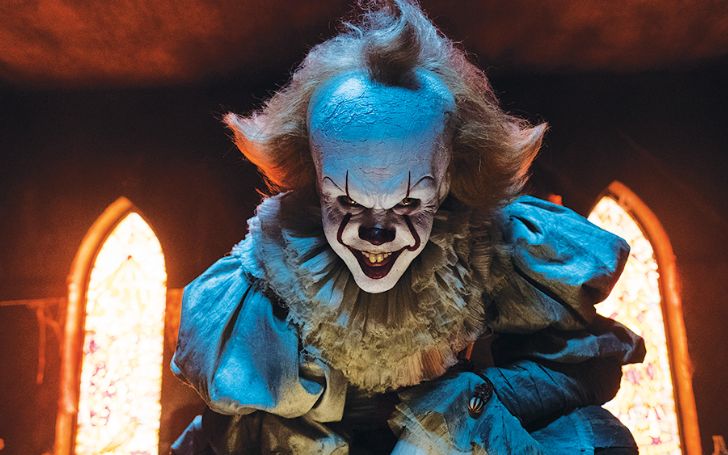 'It: Chapter 2' actress warns about the bloodiest scene in the history of horror movies.

This fall will see the release of a sequel to 2017 horror "It". The first film made us believe the demonic clown was done for good but turns out it was merely the beginning.

It: Chapter 2 features the ghostly villain “Pennywise the Dancing Clown” as he terrorizes the population of Derry, Maine, especially the kids. The second chapter follows the heroes from the first film, only this time they are all adults, which is almost three decades after their bloody battle against the mythical joker of Derry.

Legend has it the mythical clown revisits the town of Derry every 27 years — and that means "Pennywise" is coming back home and is well prepared to give a second tormenting showdown to the “Loser’s Club,” as the kids in the first movie preferred to call themselves.

Chastain On It: Chapter 2

Actress Jessica Chastain, who will be playing the adult version of Bev, teased up some horrifying aspects about the sequel on the NBC talk show, The Tonight Show Starring Jimmy Fallon when discussing her role in the film.

“I’m gonna say something and I think I’m gonna be in trouble but I’m gonna do it. It might be a spoiler, but in the movie, there’s a scene that someone said on set that it’s the most blood that’s ever been in a horror film in a scene. The next day I was pulling [fake] blood out of my eyeballs,” Chastain said to the host, Jimmy Fallon.

Fans are now getting more eager to see whether or not Chastain’s claim stands up to reality. "It" is famous for some of its gruesome scenes. Fans might recall the scene from the first film, where young Bev dealt with a huge amount of blood erupting from her bathroom sink, coating the floor in all gore.

Bill Skarsgård will be reprising his role as It in the second chapter, and he’s already assured the fans of even more malicious Pennywise.

Skarsgård warned the fans by saying, “He’s been doing this forever really, so he doesn’t change in the sense that you would look differently. He looks however he wants to look for any particular prey at the time, but I do think there’s a change,”

The Swedish actor further added, “The arc of the first movie is that he, for the first time, experiences fear himself. Now he’s experienced something that he has been inflicting on others and … there’s a shift leading into the second movie.”

Skarsgård also alerted the audience of seeing more surprises and shocks from Pennywise this time around, even if they think they have defeated him in the first story.

The 28-year-old further added, “It fuels hatred and anger towards the kids, who will be adults in this one, so I think there might be an even more vicious Pennywise. He’s really going after it. We can explore his unpredictability now that we’ve established the character for the audience. We can still sort of shock them.”

Which Scene Is Chastain Actually Talking About?

There’s already speculation about which scene Chastain could be mentioning. Fans have argued that they don’t recall so outrageously terrifying scene in the second half of the novel. However, there’s always the possibility that the scene may have been specifically created for the upcoming release.

You May Also Like: Must Watch Horror Movies On Netflix Right Now

There are possible accounts in the book. Fans guess-worked that the scene Chastain is talking about could be the infamous fortune cookie scene, or perhaps a recreation of Bev experiencing the very bloody bathroom scene, since she revisits her childhood home, as shown in the trailer.