home Entertainment 'It'll Be A Boy!' - Audrey and Jeremy Roloff Share Their Excitement Whilst Announcing The Gender Of Their Second Baby!

'It'll Be A Boy!' - Audrey and Jeremy Roloff Share Their Excitement Whilst Announcing The Gender Of Their Second Baby! 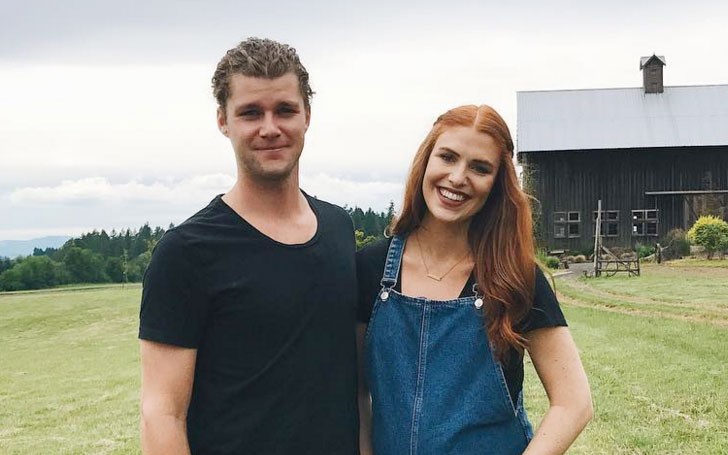 It's a boy! Jeremy Roloff and Audrey Roloff revealed the gender of their second child.

Following the party, the Roloff and his wife took to Instagram and updated their fans with a video, where the couple is seen holding a smoke-flare, which gives blue color, suggesting it's a boy!

Both Jeremy and Audrey, who made a startling confession about her purity, posted the same video; however, their captions were different.

Well, the couple who welcomed their first child, Ember Jean Roloff, on September 10, 2017, is excited to welcome their second child.

Jeremy and Audrey announced this past July they are expecting their second child together.

The couple, who won't make their appearance on the new season of 'Little People, Big World', took to their social media and wrote, "We’ve got some exciting news. Ember Jean is going to be a big sister! We’re very excited to grow our family. Thanks for following our journey and for your continued support of our family."

Meanwhile, the fans are equally happy, and many congratulated the couple on their big day.

While another one wrote, "YAY! Congrats!! 💙 It’ll be fun to hear what name you decide on for your new addition. Loved hearing the meaning behind Ember’s name. 🙌🏻 "

We could not be happier for the family; finally, Ember will get her new baby brother. Big congratulations to the family for the new addition.