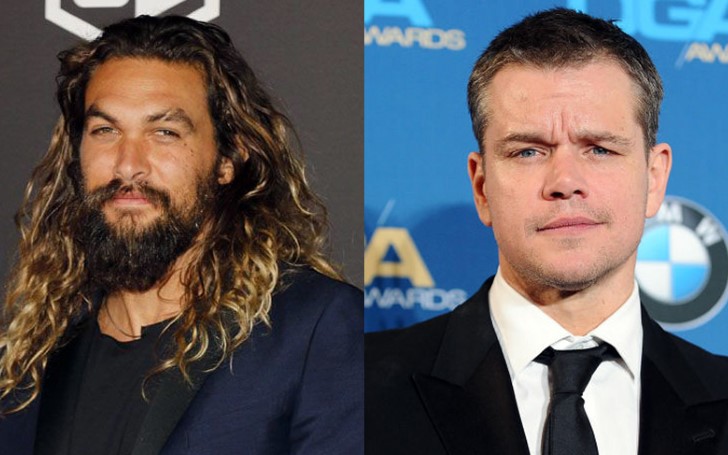 Aquaman's lead star Jason Momoa will be hosting Saturday Night Live (SNL) on the 8th December, likewise, the actor Matt Damon will host the show on 15th of December.

Actress Claire Foy is the lead charge for the show, as Saturday Night Live is all set and ready to be back with new episodes next month aka December.

Yup, you read it right. Next Saturday, enjoy being home watching SNL. And, if you have already made your Saturday plans, then cancel them right away.

The news about the new episodes was recently revealed by SNL.

“We go north to the ice”. Maybe the only Hawaiian to go that North. Fuck it was -36. 😜😜 bleed for your art. Had an amazing time collaborating this year getting behind the camera is always a dream come true. @netflix @discoverycanada NOV 23 #cheeeehuuuuuu #coldkanaka #hhhawaiian #bango #hhhrrrrrrejehhhh. Aloha j

@nbcsnl we’re coming for you... Third time’s a charm - we cannot wait to come back! As with so many others we grew up huge fans of the show and it’s a complete honour... See you Dec 8th New York!!! #SNL

The musical guest for Momoa will be Mumford and The Sons. The band will be at the show for the third time to promote their new album Delta.

Whereas, the musical guest for Damon will be Mark Ronson and Miley Cyrus who will be promoting their new single Nothing Breaks Like A Heart which is releasing this Friday. The duo is reportedly set to be performing their new song as well.

me and @mileycyrus making the strings bleed for that heartbreak 💔

Looks like December is going to be one good month to look forward to. Happy Holidays everyone! Enjoy the new episodes of SNL.