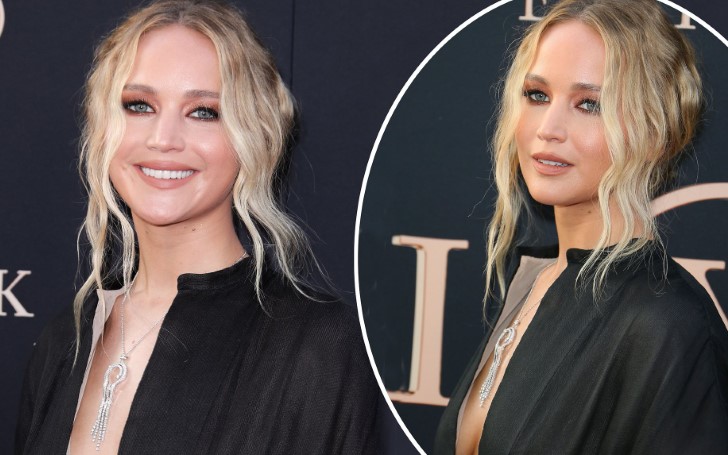 The Oscar-winning actress, 28, Jennifer Lawrence turned heads when she stepped onto the red carpet for the premiere of her latest movie 'Dark Phoenix' at Hollywood's TCL Chinese Theatre on Tuesday evening.

The blonde beauty showed off her svelte frame in a deeply plunging black gown, which was cinched around her lithe waist with a thin black leather belt displaying her cleavage as she posed for snapshots. 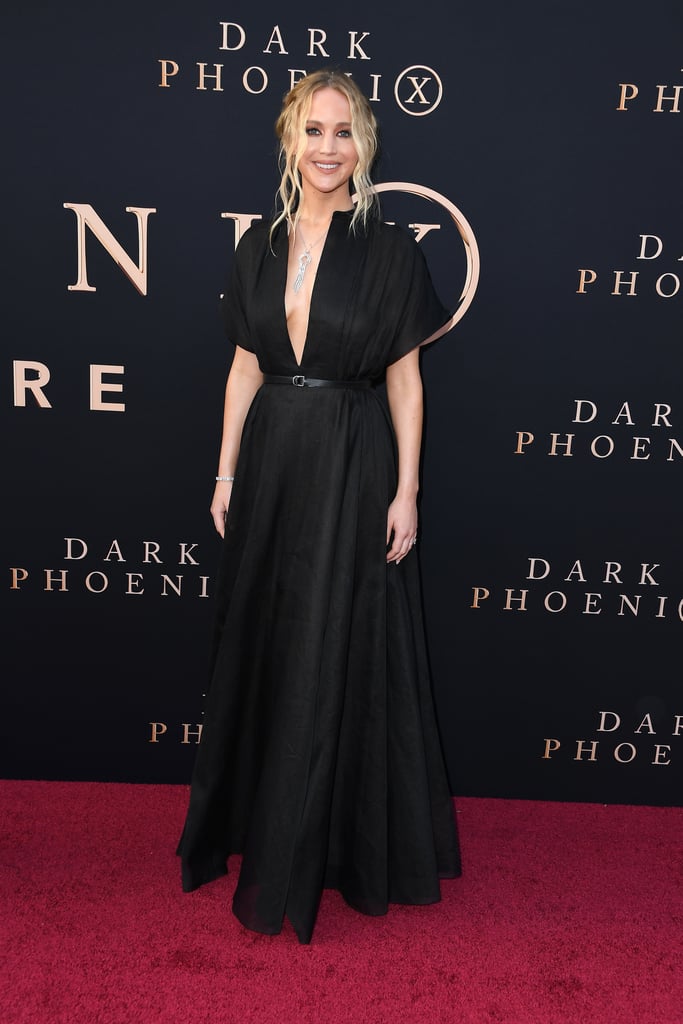 'The Hunger Games' star's gown featured a low-cut neckline, T-shirt style sleeves and followed out into a flowing skirt which trailed behind her on the red carpet.

Jennifer tied back her bright blonde locks into a chic updo, with a few loose tendrils delicately framing her face.

The actress paired the ensemble with a statement pendant necklace which was adorned with dazzling diamonds as well as a shimmering tennis bracelet and of course, her $100K engagement ring. 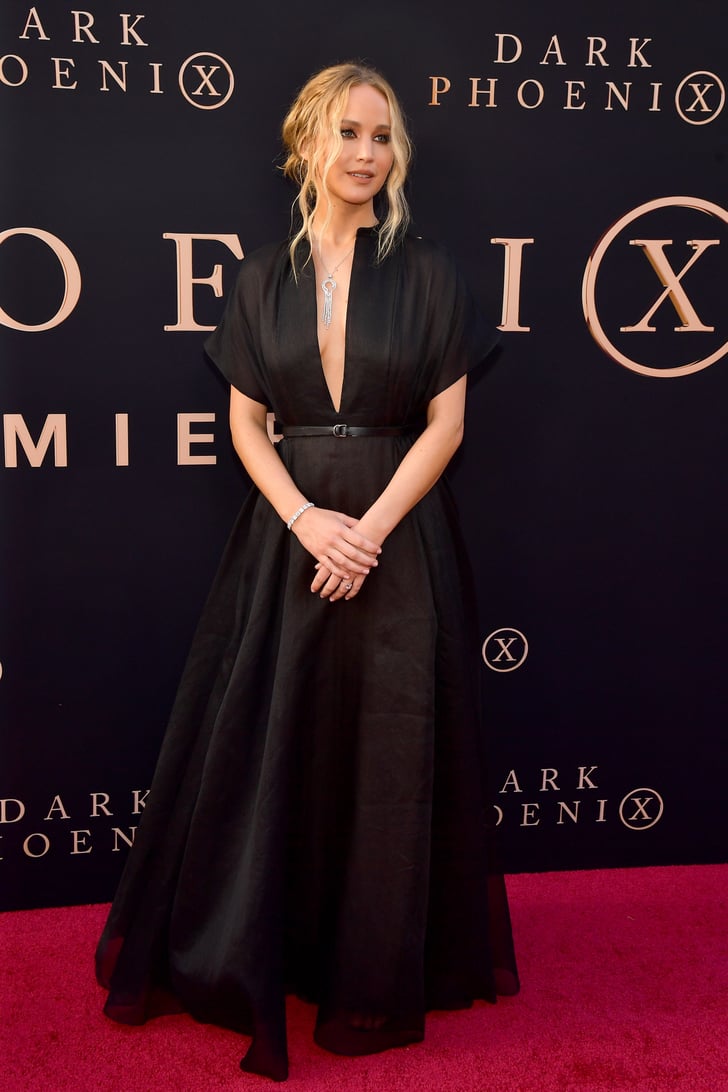 Jennifer tied back her bright blonde locks into a chic updo, with a few loose tendrils delicately framing her face.
SOURCE: Popsugar

The Oscar-winning star opted for a glamorous coat of make-up, including a sparkly bronze eye shadow look with lashings of mascara, rosy foundation and thick black eyeliner, as well as the nude lip.

In an interview with Entertainment Tonight, Lawrence couldn't help but praise her fiancé Cooke Maroney, a 34-year-old art director, as she gushed,

'Well, he's just the best person I've ever met in my whole life. It was a very, very easy decision.'

The duo kept their relationship very low profile since they started dating and was first snapped together in June 2018.

The two got engaged back in February when Lawrence was spotted wearing an impressive diamond engagement ring and confirmed their engagement later that month after they were spotted at a celebratory meal with friends and family. 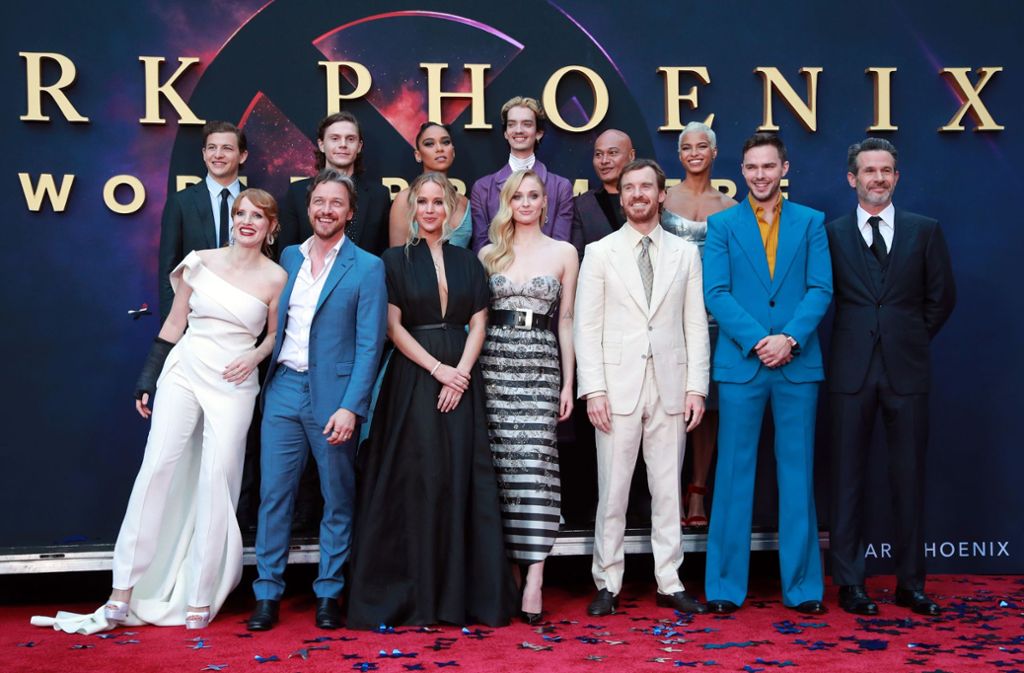 Dark Phoenix is a direct sequel to 2016's X-Men: Apocalypse and the ninth film in the series of Marvel comic book films which is the seventh highest-grossing film series ever($5.7 billion worldwide).