home Entertainment Does Jesse Metcalfe Have a Wife or Girlfriend? Find Out About Actor's Relationship!

Does Jesse Metcalfe Have a Wife or Girlfriend? Find Out About Actor's Relationship! 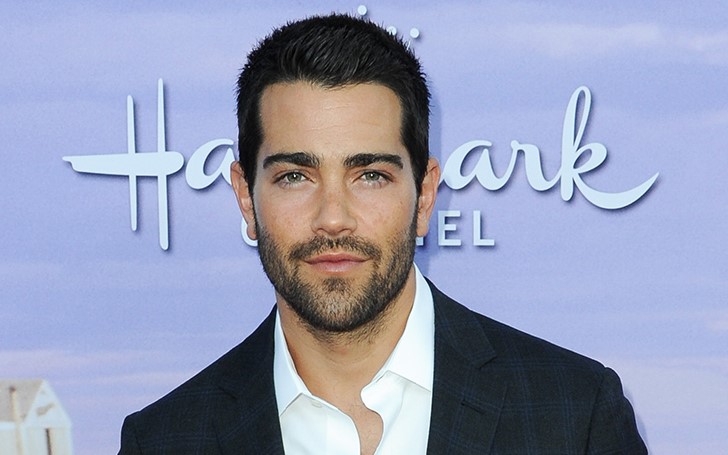 Does Jesse Metcalfe have a wife or girlfriend? Stay tuned to find out.

Jesse Metcalfe (born Jesse Eden Metcalfe) is an American actor and musician who is known for his stint on 'Desperate Housewives' as 'John Rowland.' Moreover, Jesse is also known for his roles on series like 'Passions,' 'John Tucker Must Die,' 'Dallas,' and 'Chesapeake Shores.'

Metcalfe originally hails from Carmel Valley Village, California; he was born to his parents, Jeff Metcalfe and Nancy Metcalfe (nee DeMaio). Prior to his acting career, Jesse played in several basketball leagues during his teen years. The actor graduated from The Williams School in New London, Connecticut.

Jesse started his acting career by playing the role of Miguel Lopez-Fitzgerald on 'Passions' in July of 1999. Following his stint on the NBC show, Metcalfe started working on ABC's comedy-drama, 'Desperate Housewives.'

Desperate Housewives was one of the most prominent works of Metcalfe and contributed a lot to his career. It was because of the same series the actor is where he is now.

Since we assume you already know a lot about the actor's career, how well do you know about his personal life? Does Jesse Metcalfe have a wife or girlfriend in 2020? Let's find out.

Jesse Metcalfe Wife or Girlfriend: Is He in a Relationship?

If we are not too wrong, you already know about Jesse Metcalfe's previous relationship. The actor was in dating his former girlfriend, Cara Santana. The former couple was so in love that they were even engaged.

But their relationship could not last long; the actress and designer broke her engagement with Jesse after finding her fiance affectionate with other women. The five-year engagement was tough to break, but Cara was in no position to reconcile.

Also See: Jordan Kristine Seamon: Some Facts to Know About 'We Are Who We Are' Actress

Jesse Metcalfe's new girlfriend, Corin Jamie Lee Clark, is a Canadian model. According to E! Online, one of the sources describes Corin as a lot of fun and gorgeous. According to the same source, Jesse and Corin are have gotten serious quickly.

Is this the case of "never mind, I'll find someone like you?' Because Corin looks very identical to Cara.
Source: PageSix

"Jesse can't get enough of his girlfriend. After self-quarantining together in both Los Angeles and Canada recently. They feel like they've been together forever even though it's only been a few months. He's crazy about her."

The celebrity duo's bond seems to be going stronger with each day passing. They spend a lot of time together and frequently share their adoration on their respective Instagram accounts.

You May Also Like: Zverev Girlfriend: Who is the Tennis Player Dating in 2020?

For more information on your favorite celebrities' lifestyles and other news, stay tuned to Glamour Fame, and don't forget to sign up for the newsletter.