home Entertainment Zverev Girlfriend: Who is the Tennis Player Dating in 2020?

Zverev Girlfriend: Who is the Tennis Player Dating in 2020? 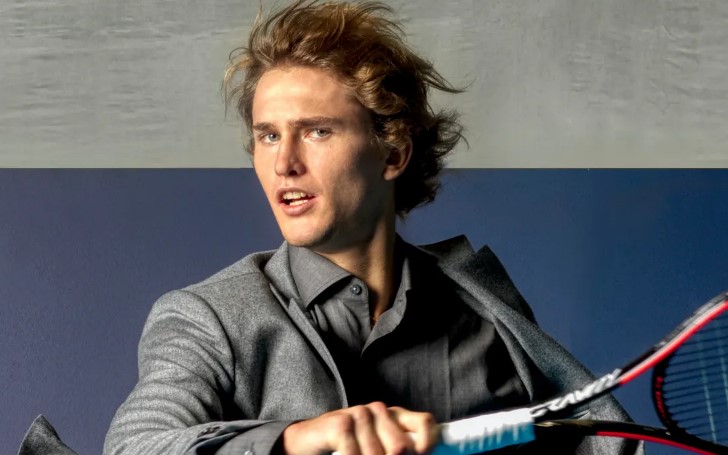 Here's what you should know about Alexander "Sascha" Zverev's girlfriend in 2020. Is he dating someone? Let's find out.

Alexander "Sascha" Zverev is a German professional tennis player who was born on 20 April 1997. Zverev is the second-youngest player ranked in the top 10 by ATP. Sascha was a permanent fixture in the top five throughout 2018.

Zverev won the championship at the 2018 ATP, which made him the youngest winner at the year-end title in a decade. Members of Big Four have praised him as one of their potential successors.

The Tennis world's most outstanding player, Rafael Nadal, called him a "clear possible future #1." As you can see for yourself, Sascha's career is nothing short of outstanding achievements.

While we assume many of you already know about his career, but how well do you know about Zverev's personal life? Do you know who his girlfriend is in 2020? Let's find out.

Alexander "Sascha" Zverev Girlfriend in 2020: Whom the Tennis Player is Dating?

As it seems, our boy, Alexander "Sascha" Zverev, is single in 2020. The German tennis player, in fact, having a tough time of his life and career. Zverev has been in a lot of controversies recently, which includes a tricky lawsuit with his former agent Patricio Apey, and a split with his coach Ivan Lendl.

Also Read: Corey Knight: All You Need to Know About 'We Are Who We Are' Actor

Bad things did not stop for him there; Zverev also faced a breakup with his former girlfriend, Olga Sharipova. The former couple's relationship was not something we would quote "good" here. According to the reports, the Zverev and Olga shared a rather tormented relationship, and both felt kind of relieved it ended.

Well, as we mentioned earlier, Alexander Sascha Zverev is single in 2020, but this part is still hazy. According to the reports, the German tennis player started dating his new girlfriend, Brenda Patea, within a few months of his breakup with Olga Sharipova.

All seemed fine, the new couple was having fun, traveling all over the world together, and another streak of bad luck hit the tennis player. It was reported the couple broke up after three months into the relationship.

When Alexander Sascha Zverev and Brenda Patea went together to the Adria Tour, the split rumors were put to rest. But there's a twist again; the tennis player provoked a massive outrage.

Zverev, prior to the Adria Tour, promised to self isolate due to coronavirus fears but was seen partying with his girlfriend, Brenda, following which the people were outraged, and the tennis player received a massive backlash.

The tennis player uploaded his pictures and videos from the events to his social accounts and later tried to delete the evidence, but things had already gone south for Zverev.

One of the journalists from The New York Times, Ben Rothenberg, put out the videos where the tennis player seems to be partying hard.

'I deeply apologize to anyone that I have put at risk...I will proceed to follow self-isolating guidelines...stay safe 🙏.'

Following the Adria Tour, Zverev pledged that he would self isolate him. During the time, Zverev wrote,

"I have just received the news that my team and I have tested negative for COVID-19,” Zverev wrote on Instagram last week. I deeply apologise to anyone that I have potentially put at risk by playing this tour."

"I will proceed to follow the self-isolating guidelines advised by our doctors. As an added precaution, my team and I will continue with regular testing. I wish everyone who has tested positive a speedy recovery. Stay safe."

Following the backlash, the couple, Zverev and Brenda, has removed photos of them together from their social media profiles. When the pair removed the photos, some fans speculated that the two broke up, but it's not confirmed yet.

You May Also Like: Osaka Boyfriend Middle Finger Controversy: What is the Fuss All About?

For more information on your favorite celebrities' lifestyle and other news, stay tuned to Glamour Fame, and don't forget to sign up of the newsletter.