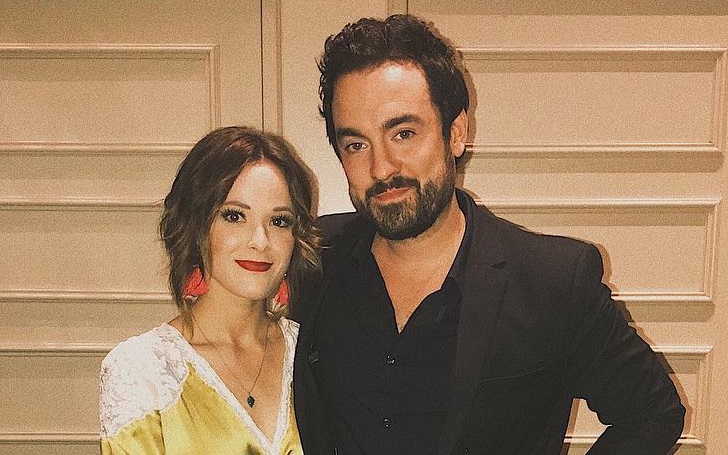 Jillian Jacqueline tied the knot to boyfriend Bryan Brown, the guitarist in her band on Saturday in Nashville. The ceremony was attended by around 150 guests at the event venue Ruby, where both wedding and reception were held.

According to People, Jacqueline chose the venue because of the “high ceilings and white plaster walls,” which made space feel “calm and open.”

just look at my face

The star made sure that all of her favorite colors including burgundy, hunter green, and mustard gold were presented in the decoration.

She told, ''I liked opting for more bold colors instead of the traditional spring pastels,” Jacqueline said, adding that the theme is, “Sort of bohemian art deco greenhouse … colorful velvet couches, vintage rugs, rattan, lots of Birds of Paradise plants. The only flowers will be my bouquet; everything else is greenery.''

At the ceremony, the couple's bridal party consisted of Jacqueline’s three sisters and Brown’s brother were seated instead of standing. KK Wiseman, the wife of Grammy award-winning songwriter Craig Wiseman, married the couple.

“It makes sense that she’s married to a hit songwriter because she has such an incredible way with words and is such a great public speaker,” the “If I Were You” singer said. “We are so happy she is marrying us.”

Jacqueline opted for a Theia bridal gown, which she described as “classy and elegant” with an “old Hollywood silk silhouette.”

Moreover, the newly married pair wrote their own vows, which was the “most important moment of the ceremony” to Jacqueline, who anticipated they both would be “100 percent bawling” during the special moment.

You Might Also Like: Danielle Cohn's Mother Jennifer Revealed That Her Pregnancy And Married News Were Fake

When it comes to their relationship, they met through Brown's brother, Tofer (Jacqueline's producer) and started dating since 2017. The newly-wed husband-wife couple shared the news of their engagement on Instagram on Friday (March 16).

Brown proposed her in Paris- Jacqueline’s “favorite city in the world” with a vintage piece of art deco jewel from the 1920s.
want more?
Stay Updated Sign up for Latest News and Gossips.
-->