home Entertainment Who is Jimmer Fredette Wife in 2021? Here's Everything You Need to Know

Who is Jimmer Fredette Wife in 2021? Here's Everything You Need to Know 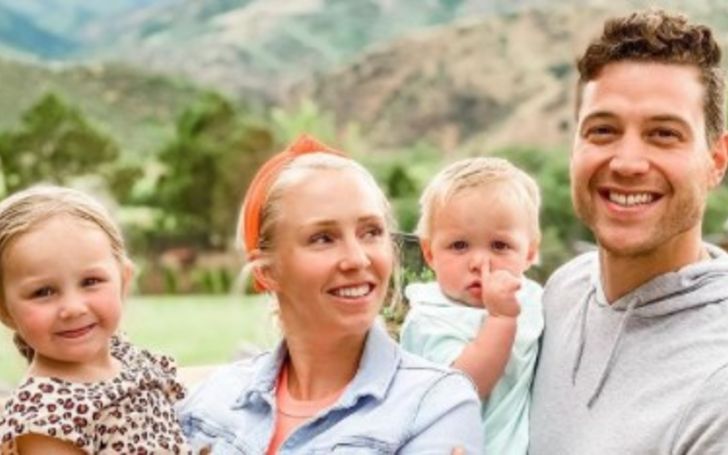 Here's everything you need to know about Jimmer Fredette's wife.

Jimmer Fredette, whose actual name is James Taft Fredette, is an American professional basketball player for Shanghai Sharks of the Chinese Basketball Association. On February 25, 1989, he was born in Glens Falls, New York, to parents AI and Kay Fredette. Previous to him, his dad and mom were blessed with two more children.

From a very young age, Fredette showed unusual dedication to athletics, which gradually grew with him, and he ended up investing everything in basketball. In his successful career records, he has played for different NBA teams.

Further, talking about his CBA career, he's loyal to Shanghai Sharks. With every successful gameplay, he garnered a massive fan following who are always hyped to learn more about him.

Because many are thriving to know about Fredette's love-life, we are here today with this article.

Unlike many celebrities, Jimmer Fredette is pretty much open about his love-life. Indeed, he doesn't feel any difficulty sharing a little about his private life.

The NBA star is happily married to his college sweetheart. So, what's her name? It's Whitney Wonnacott Fredette.

The lovely pair first met during their college days, as both of them were students at Brigham Young University (BYU), their meeting was fated. Furthermore, Fredette's better-half was a cheerleader back then for the BYU Cougars, and he was a player of that team.

While focusing on his studies and college career, Fredette also got enough time to water his romantic relationship with his then-girlfriend Whitney. After some successful years together, the duo planned to spend the rest of their life together.

Jimmer and Whitney are together since their college days.
Photo Source: Instagram

Following that decision, Fredette announced his engagement with Whitney via Twitter on August 26, 2011. After almost a year from the announcement, they tied the knot. Precisely, the love birds shared their vows on June 1, 2012, in the Denver LDS Temple, as The Focus noted. Since then, they stick together as a perfect married couple.

Jimmer Fredette and His Wife Whitney are Parents to Two Children

Jimmer Fredette, 31, is raising two children with his wife, Whitney. They first welcomed their daughter named Wesley. It happened back in 2017 during the CBA playoffs, because of which Fredette missed his team's first playoff game. He traveled home to Denver, Colorado, to be with his wife during their first child's birth.

After two years from their baby girl's birth, Fredette and Whitney expanded their family with their second child, a son. He was born on March 28, 2019, and the couple named him Taft.

Together the family of four live a happy life. Their companion is also enjoyed by their pet dog called George, who frequently features Fredette and his wife's social media pages.