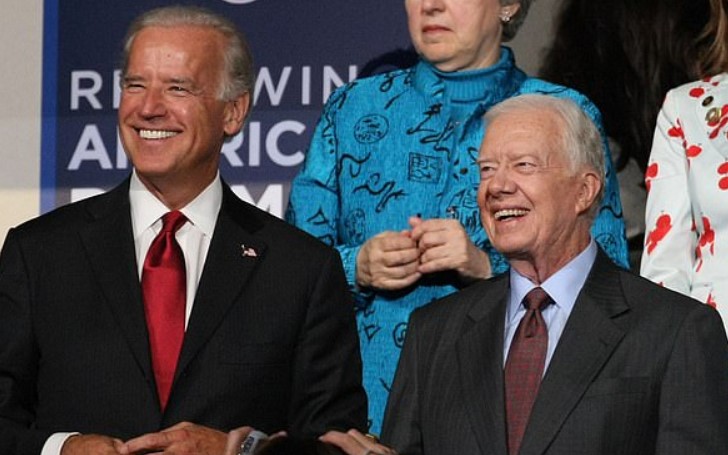 The former president, Jimmy, delivered high praise to Joe and Kamala in his recently released statement through "The Carter Center."

The statement by "The Carter Center" reads,

"Rosalynn joins me in congratulating our friends President-elect Joe Biden and Vice President-elect Kamala Harris. We are proud of their well-run campaign and look forward to seeing the positive change they bring to our nation."

According to "Fox News," this is not the first time the 39th President of the US praised Biden's work. He knows Biden when Joe was just a young senator in Delaware.

Also Read: Britney Spears Wants Her Dad to Be Completely Removed as Her Conservator

Previously, Jimmy's statement of support for Biden came in August during which the early days were referenced.

"Joe Biden was my first and most effective supporter in the senate. For decades, he's been my loyal and dedicated friend," Carter wrote.

"Joe has the experience, character, and decency to bring us together. ... You deserve a person with integrity and judgment. Someone who's 100% fair, someone who's committed to what is best for the American people. Joe is that kind of leader, and he's the right person for this moment in our nation's history." Jimmy added.

Joe Biden accepted his role as president-elect on Saturday after a long week of delayed starts and slow counts. Biden on his statement said,

"Folks, the people of this nation have spoken. They've delivered us a clear victory. A convincing victory. A victory for we the people. We've won it with the most votes ever cast on a presidential ticket in the history of the nation: 74 million."

"I'm humbled by the trust and confidence you placed in me. I pledge to be a president who seeks not to divide but unify. Who doesn't see red states or blue states, but only the United States?"

"Let this grim era of demonization begin to end, here and now. The refusal of Democrats and Republicans to cooperate with one another, it's not some mysterious force beyond our control. It's a decision, a choice we made. And if we can decide not to cooperate, then we can decide to cooperate."

You May Also Like: DaBaby Will Reportedly Get a Therapist Following His Brother Death