J.J. Abrams Reveals Why Kylo Ren is Wearing a Fractured Mask in Star Wars: The Rise of Skywalker 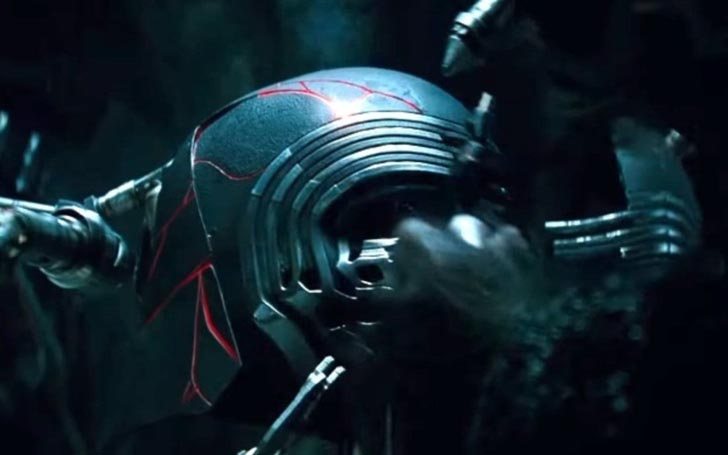 J.J. Abrams explains the reason why the mask is back covering Kylo Ren's face and what it means by the fractured nature of the said mask.

The new trilogy of 'Star Wars' movies and the continuation of the original saga is an uneven bunch. The first movie was thought to be a welcome addition to the series, even though it was the same story of the 'A New Hope' with new characters. It was still way better than what the prequels did to the series.

Then came the second movie in the saga which opened a huge chasm within the fan base, on the one side people who loved it and on the other side people who outright hated it, there were some in the middle but if you are not with any one-side then you might as well fell through the chasm for all we care. We are firmly on the side who think the movie was a masterpiece and at least tried to do something instead of playing it safe like the first movie.

Watch: Kylo Ren destroys his mask at the beginning of The Last Jedi

Saying all of it, we loved the way the characters were handled and especially 'Kylo Ren,' the scene when he smashes his helmet in the elevator after getting dressed down by 'Snoke' was an amazing scene which showed the direction the character was heading in. The smashed mask signified, he was no longer in the shadow of 'Darth Vader,' his grandfather, he was destined for better things and by the end of the movie, the liberation of the mask and becoming the supreme leader and the ruler of the first order, he did what 'Darth Vader' never could.

But now in the final Skywalker saga movie, the mask is back (we hate it) and this time the mask is not as pristine and shiny as the first film, it is fractured and looks like the old one was patched together for him to wear again. So, the question is, why bring back the helmet, and also, why use a fractured one instead of a new one?

J.J. Abrams was on hand to answer the reason for bringing back the helmet and the reason it is broken. “Having him be masked, but also fractured, is a very intentional thing,” J.J. said. “Like that classic Japanese process of taking ceramics and repairing them, and how the breaks in a way define the beauty of the piece as much as the original itself. As fracted as Ren is, the mask becomes a visual representation of that. There’s something about this that tells his history. His mask doesn’t ultimately hide him and his behavior is revealed.”

There is also probably another reason why 'Kylo Ren' decided to put back the helmet. We talked about the complicated relationship between Kylo and Rey, also the co-writer of the final movie talked about addressing the relationship between the emissaries of the light and the dark side. He also talked about the nakedness he feels in the presence of 'Rey,' she sees him for who he is, someone neither his master of the dark or the light side could figure out nor his parents were able to ascertain.

Rey is the one person who sees him and when she is involved, he becomes, both strong and weak at the same time and the vulnerability started to show once he took off the mask and she saw him. There is an inherent connection between the two and something he doesn’t want to make him weak. So, maybe this was the reason why he decides to put the mask back on.

Whatever the case, the questions will be answered when the Skywalker saga comes to an end on 20 December 2019 when 'Star Wars: The Rise of Skywalker' debuts all over the world.

Before you leave, make sure to check out our Movies & TV Shows section to read more about Star War and also, do not forget to visit Glamour Fame to get all the latest news and information on your favorite celebrities.