home Lifestyle Who is Joachim Rønning's Wife? His Relationship History in Full!

Who is Joachim Rønning's Wife? His Relationship History in Full! 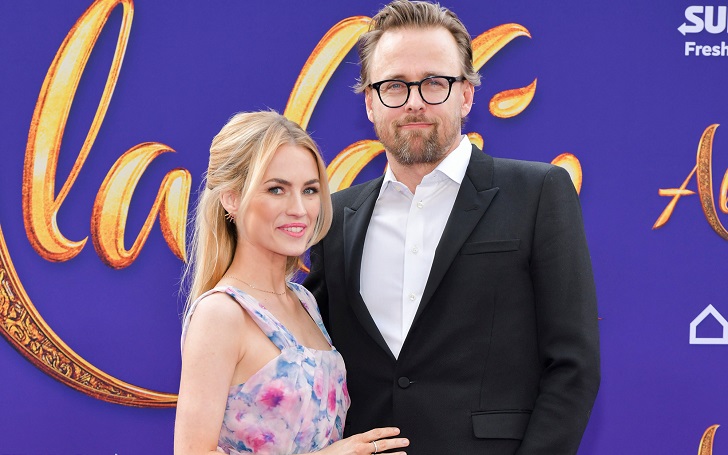 You could argue Joachim Rønning is the best Norwegian director there is in Hollywood. He usually works with Espen Sandberg, both based in Sandefjord, Norway, under the name, 'Roenberg'. They co-own one of Scandinavia's largest production companies for commercials called Motion Blur.

Aside from directing the latest (fifth) installment of the 'Pirates of the Caribbean' sequence and 'Maleficent: Mistress of Evil', he has a lot going on away from the camera too. His personal life, for example. He married to Hearst heir, Amanda Hearst, after dating only for a year. But his past never crawls up that easily. Yes, he has a past.

It seems people keep forgetting he has two daughters from a past relationship with Kristin Rønning. Of course, the relationship the two had hasn't been talked about in the past, but he himself has said he has two kids. Plus, they did make appearances in movie premieres and dinners together.

The kids went to the 'Pirates Of The Caribbean: Dead Men Tell No Tales' premiere in May 2017. The pair also went to the Delete Blood Cancer DKMS Dinner together on November 12, 2015. According to her LinkedIn profile, she is a Product Specialist or Instructor at EcoOnline.

There are no official reports of when Joachim separated from Kristin, but she moved out of Oslo in January 2017, and the report of him dating Amanda came in November 2018. It might have fallen out within that time period.

From Dating Rumor in 2018 to Wedding in 2019, Joachim Rønning Took It Real Quick with Hearst

In May 2018, the director apparently first met Amanda Hearst, the co-founder of Maison de Mode, a sustainable fashion retailer, and Finn2finn Alliance, an animal welfare and conservation non-profit, during a dinner she hosted for the former group's dinner, a source told Page Six in November 2018.

Joachim Rønning and his wife attending the Hearst Castle Preservation Foundation when they were dating in 2018.
Source: Patrick McMullan, Getty Images

Since then, they were seen together in several different events for a while. They were spotted together with Queen Elizabeth while he was in London for filming the Maleficent movie. They looked cozy during the annual Hearst Castle Preservation Foundation benefit weekend in September. Then in November again, they were together at a 100-year anniversary reception for the Anglo-Norse Society in London, with the queen also there.

The relationship proceeded faster than anyone imagined. They got engaged in New Year's Day 2019. Then on August 2, 2019, the two got married in San Simeon, California, at Hearst Castle, built by Hearst's maternal great-grandfather, William Randolph Hearst.