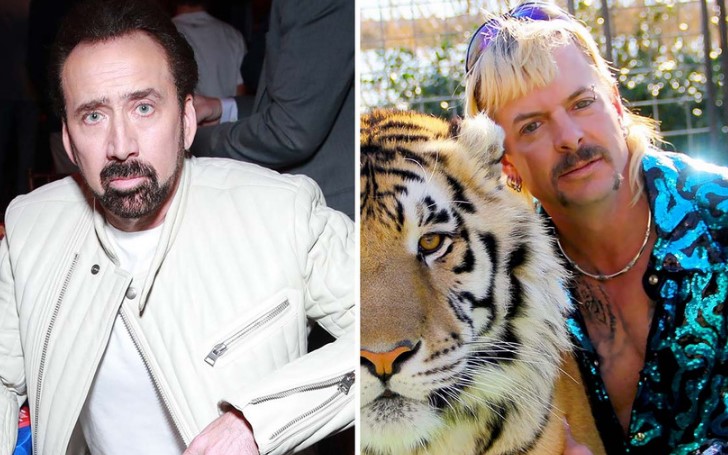 Joe Exotic previously announced he is going to make a series starring Nicholas Cage. Well, the television personality has kept his promise, and his show is finally coming.

Joe Exotic's series is already in the development phase, and it has found its home too. According to the reports by Variety, the series will be available on Amazon Prime.

The show, which is in the development phase, will be produced by CBS Television Studios and Imagine Television, with Amazon Studios. The series, however, is yet to get the green light for a full series order.

As we all know, Joe Exotic, from his appearance on Netflix docuseries, "Tiger King," the report suggests it will not be based on it in any way and will tell a whole different story.

Joe Exotic's show will be Nicholas' first regular television role, but as we all know, he is not new to acting. The Academy Award-winning actor is known for his hits like 'Leaving Las Vegas' and 'Adaptation.'

According to the TVLine, the limited series will follow Baskin as she learns about Exotic using his zoo to breed big cats for profit, which does not go well with her.

"She sets out to shut down his venture, inciting a quickly escalating rivalry. But Carole has a checkered past of her own and when the claws come out, Joe will stop at nothing to expose what he sees as her hypocrisy. The results prove dangerous."