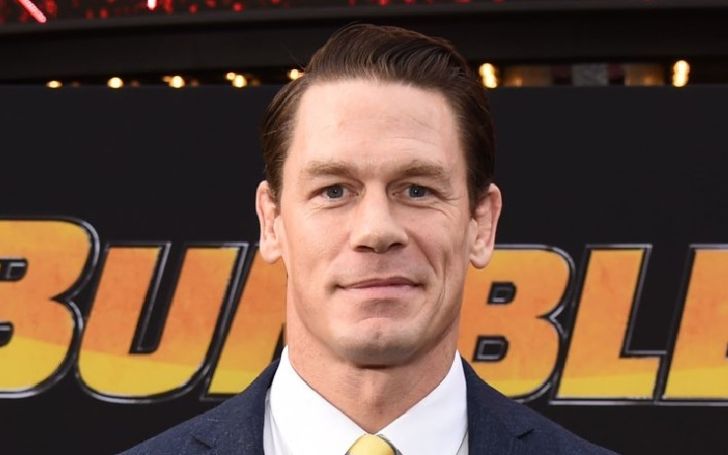 The 'U can See Me' star wishes to join Fast and Furious franchise later this year, WWE wrestler John Cena officially joins the army!

Yes, John Cena is about to star in the upcoming sequel of the movie which is now carried by Dwayne Rock Johnson.

But the details regarding the upcoming franchise are still buried under the rock. Leaving us with a tiny hint that John will be playing "a Badass". Cena officially took to Twitter to share the news among the fans. 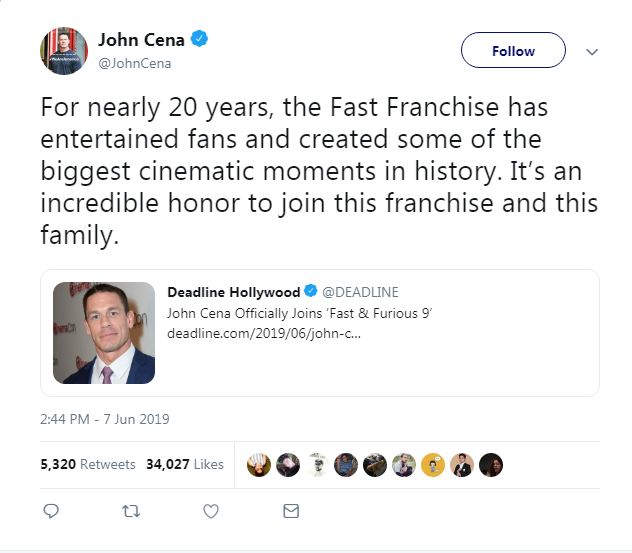 John shares, he feels happy to be part of The Upcoming Fast Franchise.
SOURCE: Tweet

That means we will be seeing Cena along with other actors including Vin Diesel, Jordana Brewster, Tyrese Gibson, Ludacris, Michelle Rodriguez, and Nathalie Emmanuel.

But the news might leave a disappointment to many Dawyne 'The Rock' Johnson's fans but he might not be returning to the Franchise. 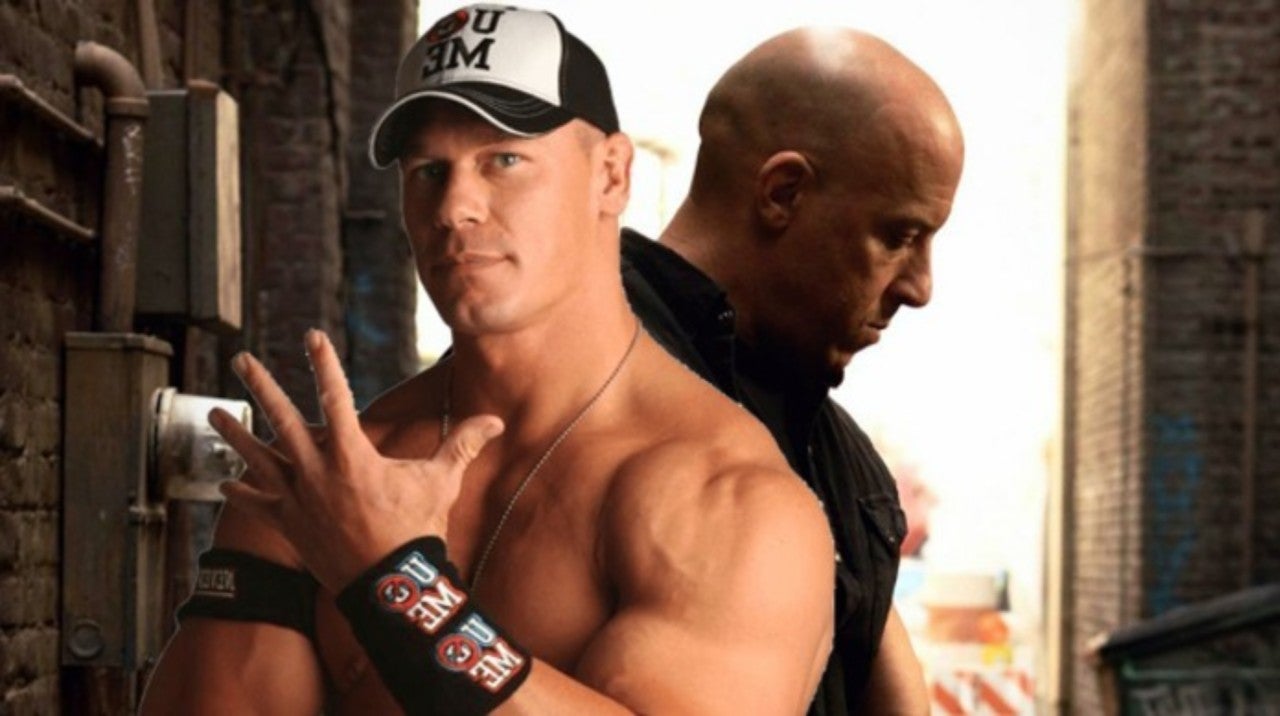 All leaving it to his buddy John's responsibility, the movie is set to be released on May 22, 2020, and its production will start later this month.

Dwayne @TheRock Johnson tells @joshuahorowitz what to expect from his new @FastFurious spin-off @HobbsAndShaw and whether or not we'll see him in #Fast9 pic.twitter.com/UWIr2EvWRC

While The Rock’s involvement in Fast and Furious 9 has yet to be confirmed, he will next be seen in Hobbs & Shaw spinoff, which is due to be released on August 2.

Everything We Know About Fast & Furious 9: Cast, Release Date, Trailer, and Storyline >>>

Stay tuned and connected to find out the updates on the following news.