Actor and Country Music star John Schneider Earnings; His Net Worth At Glance 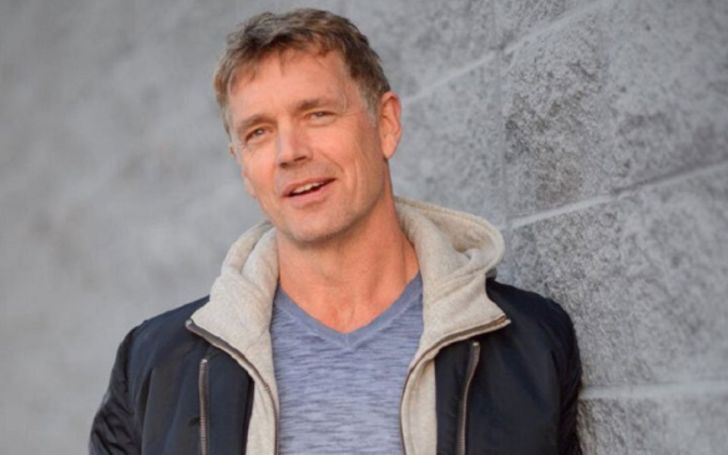 Versatile star John Richard Schneider is an American actor, director and country music singer known for his groundbreaking portrayal of Beauregard "Bo" Duke in the famous American television series "The Dukes of Hazzard."

Besides his astonishing career in the lights & camera, the country star is also noted for his soulful music and philanthropy as he is the co-founder of the non-profit organization 'Children's Miracle Network' with Marie Osmond since 1982 as well as Billboard record holder.

So, let's dig in and find out the staggering fortune, the 59-year-old star John was able to accumulate throughout his decades' long career in showbiz.

The sources of his envying, 'Five Million' net worth can be credited to his 157 acting credits from Movies and TV shows, 11 Producer credits, 12 Soundtrack credit and, 11 Writing credit.

As per reports by The Hollywood Reporter, the A-list movie stars routinely make around $15 million to $20 million for lead roles in high-budget movies.

Similarly, secondary lead actors in a movie such as The Force Awakens accumulated an estimated box office collection of $1.5 million to $4.5 million. Meanwhile, lesser-known or rising actors like Naomi Scott in 'Aladdin' might only get $150,000 to $300,000 even though they were starring in the lead roles.

Don't Miss: The Complete Breakdown of Micki Velton's Net Worth >>>

Schneider probably has gone through all the phases to garned such big numbers he holds.

As per the official statement from 'The Dukes of Hazzard' site, it was a costly show where Duke shared it cost the production team $1.3 million an episode in 1979, which he cites is rare.

Some of John's notable works on TV include Smallville (2001-2011) as "Jonathan Kent" and The Haves and the Have Nots (2013- present) as "Jim Cryer." He has also featured in other Television shows like Twenty Six Miles, The Dukes, Grand Slam, Second Chances, Dr, Quinn, Medicine Women, and various other Television shows and TV movies.

Besides cinema roles, Schneider is also a film producer and director. He has 13 Director credit in his IMDb for TV series such as The Dukes of Hazzard (Opening Night at the Boar's Nest - 1985), Smallville (1 episode), Twenty Six Miles (2 episodes); similarly directed Movies - Mary Christmas, Like Son, Inadmissible, Smothered, and two post-production for One Month Out and Tres Leches.

As per reports by PayScale, an average salary of Director ranges from a minimum of $86.9k to 173k per year.

Besides, the multi-talented persona is also widely known for his soulful music in the genre of Country. The American singer/songwriter holds a prominence resume in music equal to his movie career.

Till date, he has released twelve albums and eighteen singles, among which "Country Girls," "I've Been Around," "What's a Memory Like You," "Enough to Know," "Thing I Needed Tonight" reached the Billboard country singles chart.

Well, with the staggering fortune of $3 million, John Schneider is living the life of riches with fame and luxury.

Find Out: What Is Keanu Reeves Net Worth? Learn The Details Of The Hollywood Star's Cars, House, Salary, Earnings $$$

Hope you enjoyed the article, stay tuned to find more Net Worth related articles of your favorite celebrities only on Glamour Fame.