home Entertainment What is Jonah Hauer-King's Net Worth? Find All the Details Here

What is Jonah Hauer-King's Net Worth? Find All the Details Here 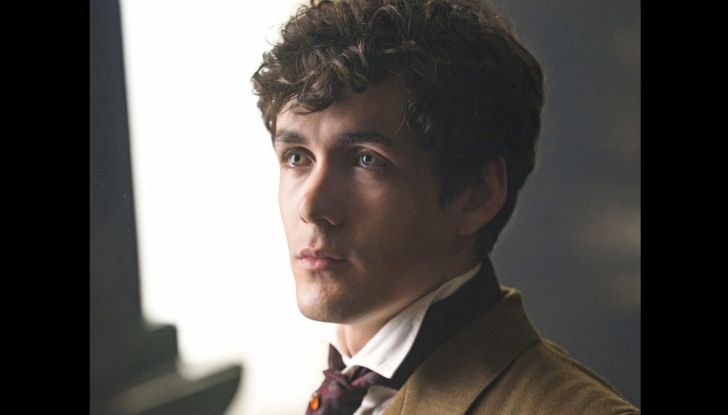 Inside Jonah Hauer-King's Net Worth: How Much is the Actor Making?

Born Jonah Andre Hauer-King in Westminster, London, he is an English-American actor. King's most notable film is The Last Photograph. His other credits include BBC's Little Women, A Dog's Way Home, and The Song of Names. Jonah is set to play prince Eric in the upcoming The Little Mermaid.

Jonah was born to affluent parents; Debra Hauer, a theatre producer, and his father, Jeremy King, a notable restaurateur. The actor graduated with a degree in theology and religious studies from St. John's College. King holds dual citizenship in both America and UK. Continue reading to discover Jonah's career so far and his Net Worth.

It hasn't been long since Jonah's first feature film, The Last Photograph, was released in 2017, but the actor already boasts a stacked resume as an actor. King's Postcards from London, Ashes in the Snow, and the TV series World on Fire are few more credits that exhibit his talents.

However, King's estimated net worth doesn't sit on par with his bulky resume. But thankfully for the actor, he still has a long way to go, considering he is a newcomer in the industry. His net worth was estimated to be $600k in 2020, and in 2021, it has approximately risen to $800k.

Check Out: How Much is Lisa Kleinman's Net Worth? Find All About it!

Jonah's earnings from acting aren't disclosed yet. However, according to experts, King's estimated salary is around $42,524 per annum, given the analysis that the average actor makes around $40,860 in a year. Acting is the single source of income for Jonah currently, but you may want to look forward to the actor's take on singing soon.

Although King hasn't forayed into it officially, sources tell that the actor is also an incredible singer. King is credited with singing two soundtracks, one for Postcards from London and the other for Little Women.

King is set to star in the role of Prince Eric in Disney's remake of Little Mermaid opposite Halle Bailey.
Photo Source: EW

The filming for the awaited musical fantasy is underway, it seems. @littlemermaidliveaction on Instagram shared pictures of the film's set. The photos showed Bailey in her special effect suits; the page also reported the filming is still underway in Sardinia. Next, head to King's Instagram @jonahhauerking to witness his zeal over the film.

Recommended: What is Marcus Rutherford's Net Worth? Learn all the Details Here

Hauer was named a rising star in 2016 by The London evening standard alongside ballet dancer Francesca Hayward. Other than Disney's upcoming remake, Hauer-King also awaits the release of the drama film; This is the Night. He is starring alongside Naomi Watts, Frank Grillo, and Method Man in the film.