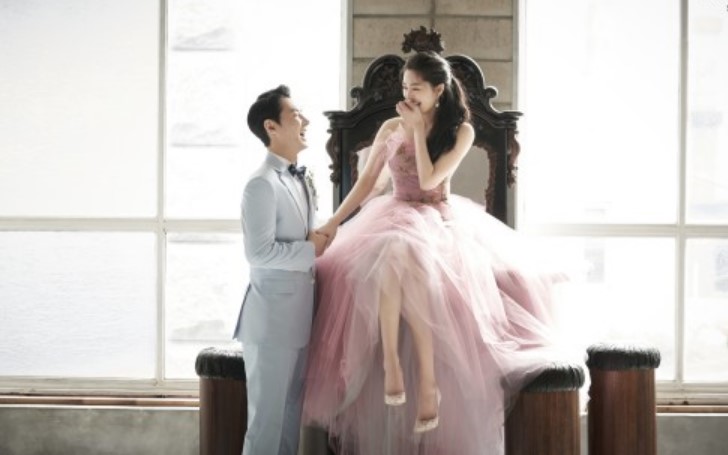 Shinhwa's Jun Jin tied the knots with the love of his life.

Jun Jin (born Park Chung-Jae) has tied the knots! The South Korean singing sensation from the band "Shinhwa" has finally walked the aisle with his love of life. The wedding was private and held among family members and close friends.

According to some sources, the fellow band member, Kim Dong Wan, sang during the event. The report further suggests that even Insooni and Jun Jin sang during the singer's wedding.

Recently, Jun Jin shared the pictures from his big day; the photo was published on the South Korean news portal, Naver. According to the media outlet, the bride is a 37-year-old flight attended, the couple was dating for almost three years.

In one of the pictures, it shows Jun on his knees holding his fiancee's hand. The singer announced his wedding back in May, the initial date was 3th of this month, but it was pushed back due to the coronavirus pandemic.

Later, Jun announced the wedding would be held on September 27th. Following the big day, Jun became the second married man in the boyband group, Shinhwa. Congratulations to the newly married couple.