Justice League's Ray Fisher In A Solo Cyborg Movie - Will It Happen? 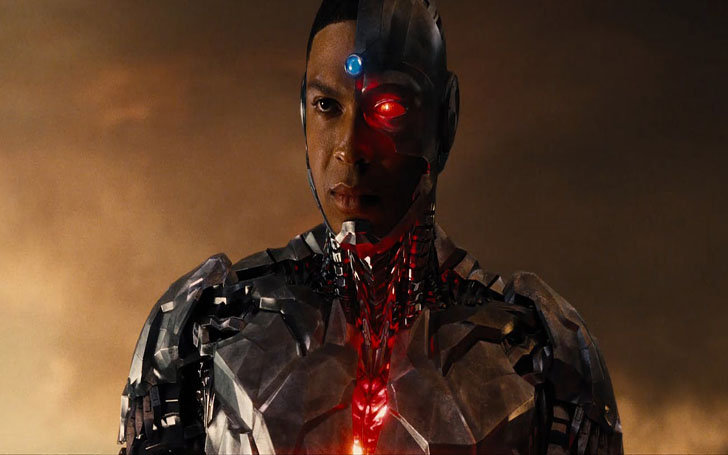 What is the future of Victor Stone as all talks of Cyborg movie seems to be dead?

There were many hopefuls when DC and Warner Bros. announced their slate for future movies in the DCEU. The studio announced a slate of ten films starting with 'Batman V Superman' in 2016 and ending with 'Green Lantern' in 2020, but of the named ten movies, only six got made, and only two were a success. Justice League came after the studio fired director Zack Snyder and Frankensteined their way to the cinema with Joss Whedon. No one showed up, and that effectively killed the Cyborg, The Flash and Green Lantern movies.

We are just five years removed from the day when DC boldly thought they could replicate what Marvel worked for more than seven years building and it backfired big time. Cyborg was supposed to come to theatres on 3 April 2020, with nine months to go there is no movement whatsoever for the Cyborg movie.

At this time almost all movies announced in 2014 which were not made, for obvious reasons, are in developmental hell and we can’t see a happy ending for any of those characters.

Zack Snyder once considered Cyborg the heart of Justice League, but it seems Warner Bros. don’t care for it anymore since Snyder was let go and no longer carries the burden of the DCEU. Before Justice League came out, we got reports a Cyborg movie was still in play as they were supposed to go on the floor after the release of Justice League, but we all know how that movie played out, and the tumultuous time the production went through under two directors.

After Justice League saw its release and we made our way to the theatre to see the DC’s answer to Avengers, it felt like something was missing from the whole Cyborg storyline. We saw in the trailers, a little tidbit about the life of 'Victor Stone' before he became Cyborg, it felt like there was supposed to some time given to the character and his arc before and after the transformation. But the final movie didn’t provide us with any such scenes as we were left with a rushed origin as our heroes needed to go into battle.

Later we found out Snyder shot an origin for Cyborg, but it was cut from the final movie because of time constraints and no one in Warner Bros. really cared for the character. It is a problem of trying to introduce a character during a big team-up movie; there is just so much time you can devote to a character arc because a big evil villain is coming to kill all human beings. That is the part where DC lost to Marvel, even with B superheroes, Marvel put in their time to introduce every character before shoving them inside a big team-up flick. Which is why Avengers works and Justice League doesn’t, the cut scenes of Cyborg is the example of time constraints in a big blockbuster movie.

The thing is they were supposed to use those clips in the new Cyborg movie which was supposed to start filming by the end of 2016, but there was still no movement. Now, it is very unlikely to happen as the movie was previously positioned as the star of the film Ray Fisher’s contract expired on May 2019 along with Flash star Ezra Miller’s contract. The film is not happening as evidenced by the fact Batman was recast with Robert Pattinson now taking the role of the Caped Crusader.

There are no release dates relating to the movie right now as all the movies as there are only six movies slated for release through 2022. Cyborg movie may happen down the line, but it will be without Ray Fisher as he is out of contract and if they finally make the movie in the future it will be different from the one which DC universe set up in Justice League.

Could it Happen? Michael B. Jordan Met with Warner Bros. Top Brass for a Possible Superman Movie

The Flash Movie Is Getting Another Rewrite and a New Producer

Doctor Who Will Be Streaming Exclusively On HBO Max Next Year

Nicki Minaj Wants To Play Catwoman In The Batman

Could We Be Seeing A Lesbian Relationship In Birds Of Prey?

Scooby Doo Reboot - Everything We Know So Far!

Here's Why Keanu Reeves Will Propel 'Matrix 4' To New Heights!

Dwayne Johnson Claims Black Adam Is As Strong As Superman