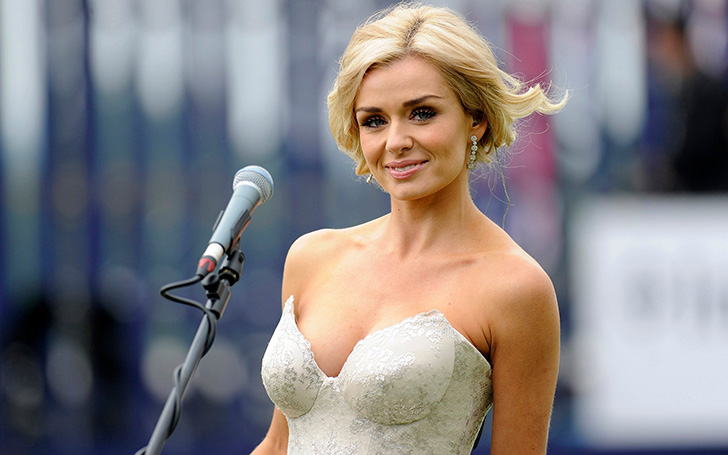 Beautiful Katherine Jenkins is enjoying her motherhood since welcoming her second child, Xander in 2018.

The hard-working Katherine Jenkins performed at the Symphony Hall in Birmingham on Saturday. She performed the track from her latest album, Guiding Light.

For the event, she went for a strapless embroider red gown which totally complemented her skin tone. Her dress featured embroidered flowers and a division on the waistline which flaunted her curves. Side parted hair and dewy make-up go well with her outfit.

2 shows down, 20 to go! I’m so looking forward to the rest and to seeing all you lovely people at Manchester, Bournemouth, Glasgow, Gateshead, Cardiff, Llandudno, Belfast, Dublin, Southend, Southampton, Leicester, London, Liverpool, Milton Keynes, Ipswich, Bath, Cambridge, Nottingham, Guildford & York! Day off today and I think a big roast dinner is in order! What will you be doing with your Sunday? #GuidingLight For tickets: www.gigsandtours.com Photo Credit: Jason Sheldon

The mother-of-two was joined on the stage by an extensive orchestra, all dressed in black and white, for her An Evening With Katherine Jenkins show.

Her album, Guiding Light contains altogether 15 tracks which include original material and covers of her favorite songs: Stormzy's 'Blinded By Your Grace' and 'Never Enough' from the Greatest Showman. 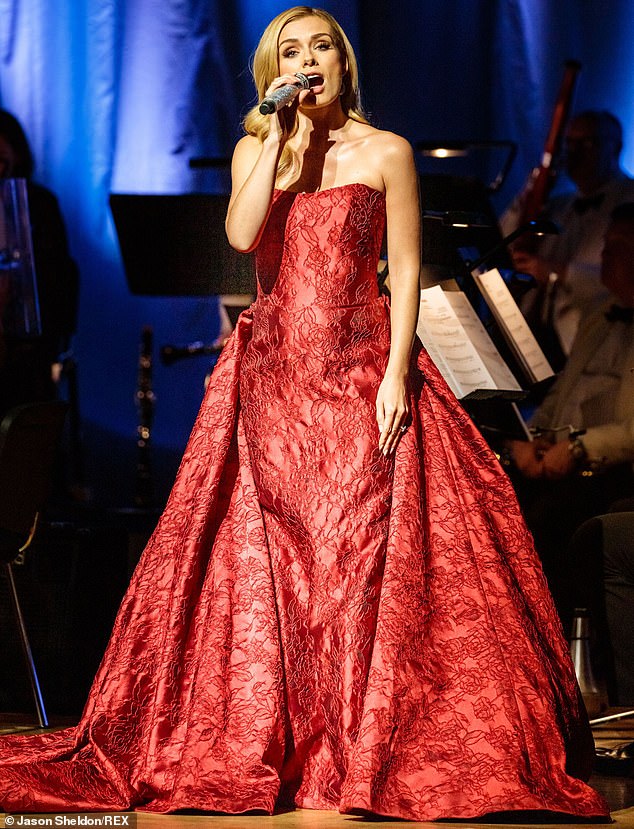 In addition, it also includes a track written for her son whom she welcomed in April 2018 with husband Andrew Levitas.

The 38-year-old singer made her appearance on the show after she featured in a Mother's Day special edition of Songs of Praise with her son.

The heartfelt scene showed Katherine at her home in London as she cradled Xander and sang a sweet melody about her hopes and dreams for her two children.