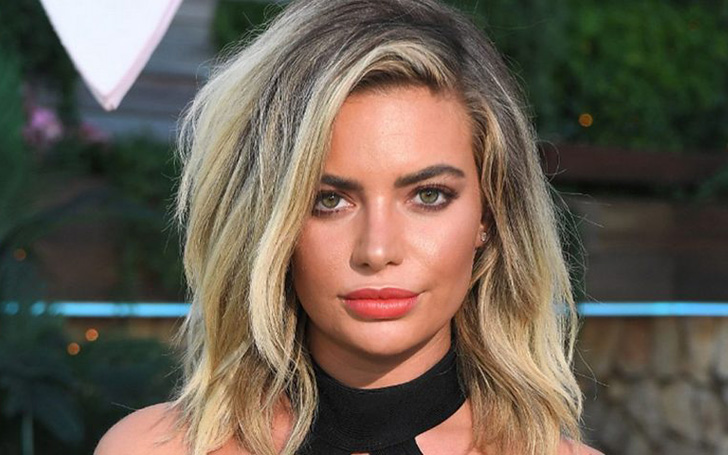 The star, Megan Barton Hanson recently vowed plastic surgery made her happier. And she proudly flaunted those incredible cosmetically-enhanced curves at the event on Wednesday in London.

The 24-year-old reality star went for a tight-fitting red dress. In one of the picture, she cupped her breasts with her hand as her generous cleavage threatened to spill out from her outfit. 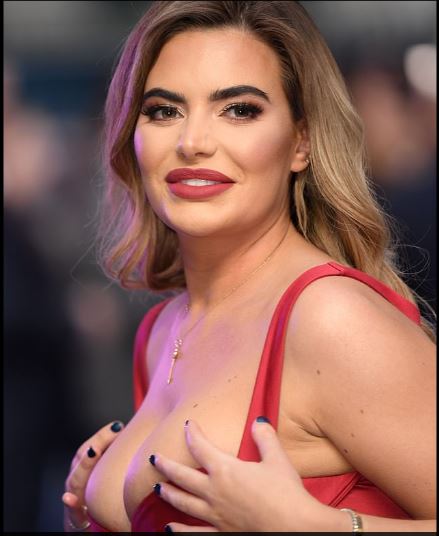 The ravishing star teamed the dress with a small neckpiece with a key pendant. She accessorized her look with a pair of black shoes. Soft curly hair and her red lips completed the look.

Also See: Megan Barton Hanson Opted For An Animal Print Dress During Night Out In Soho

Coming back to the event, Megan was delighted to be among the crowd of reality stars with invitations to the London premiere of the movie. At the red carpet, Megan once again crossed paths with her former love rival Vanessa Bauer. 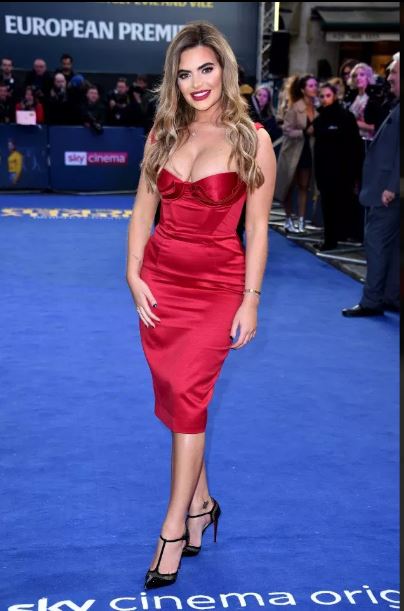 The Love Island star has put her ex Wes Nelson behind her as she has been seen partying with a string of handsome men including Charlie Brake.

Always candid, Megan lifted the lid on how the plastic surgery made her happier as she hit back at claims she is 'fake' during her appearance on a BBC show.

You Might Also Like: Megan Barton Hanson Dumped Wes Nelson After Their Sex Life Lost Its Spark

She told that she went under a lot of scrutiny when she came out of the show. She also had procedures done solely for her and her first was at 17. She did her ears pinned and at 10 she had a boob job and rhinoplasty.