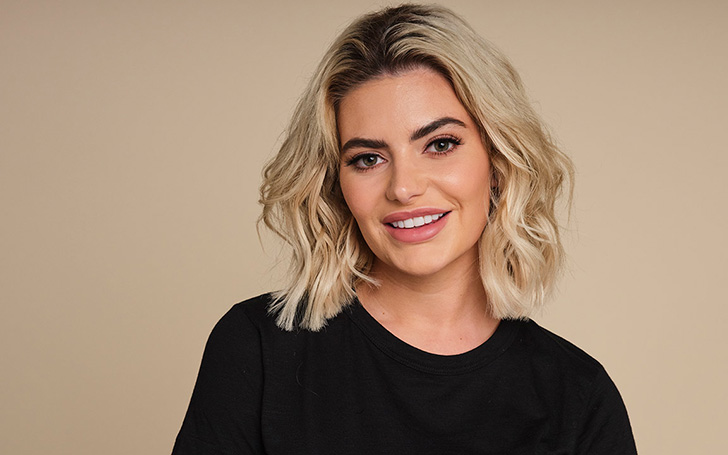 Megan Barton Hanson was spotted at Cub 49 in Soho.

On Saturday, Megan Barton Hanson went for a daring leopard dress as she left. She flaunted her curves and her long legs from the dress.

The 25-year-old model teamed her sexy dress with a black Gucci belt which showed off her tiny waist. She accessorized her look with a pair of chunky black lace-up boots, a small neckpiece and earrings completed her look. 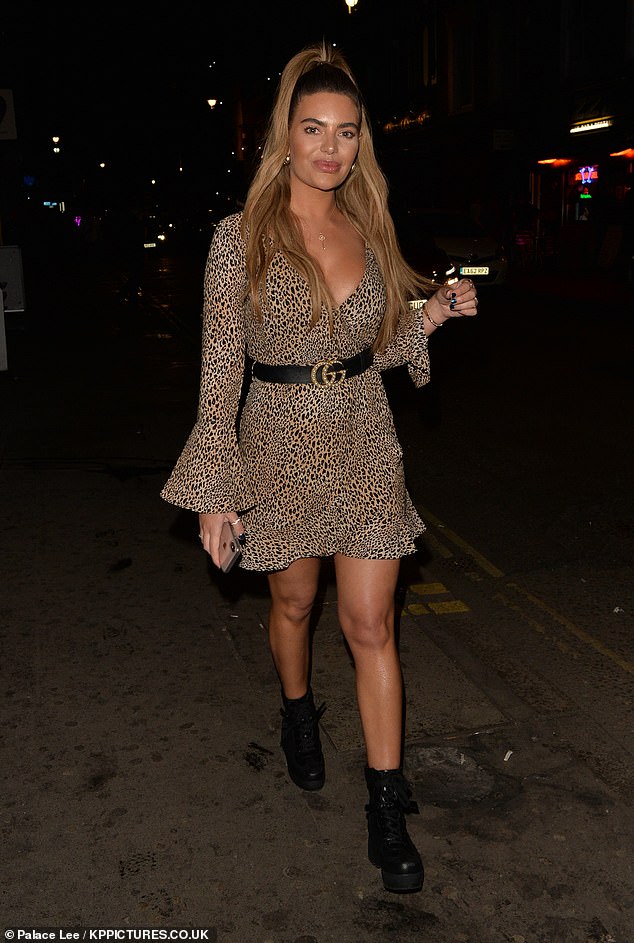 She styled her hair into a half up, half down do, while she upped the glam with plenty of shimmering make-up.

Her solo outing comes after she was pictured leaving Annabel's in London with Charlie Brake in the early hours of Saturday morning. She along with Charlie was spotted taking a taxi together after enjoying a late night at the private members' club.

The model flaunted her great sense of fashion as she was styled in an eclectic ensemble, displaying her sparkling silver bra beneath an extreme cropped T-shirt. 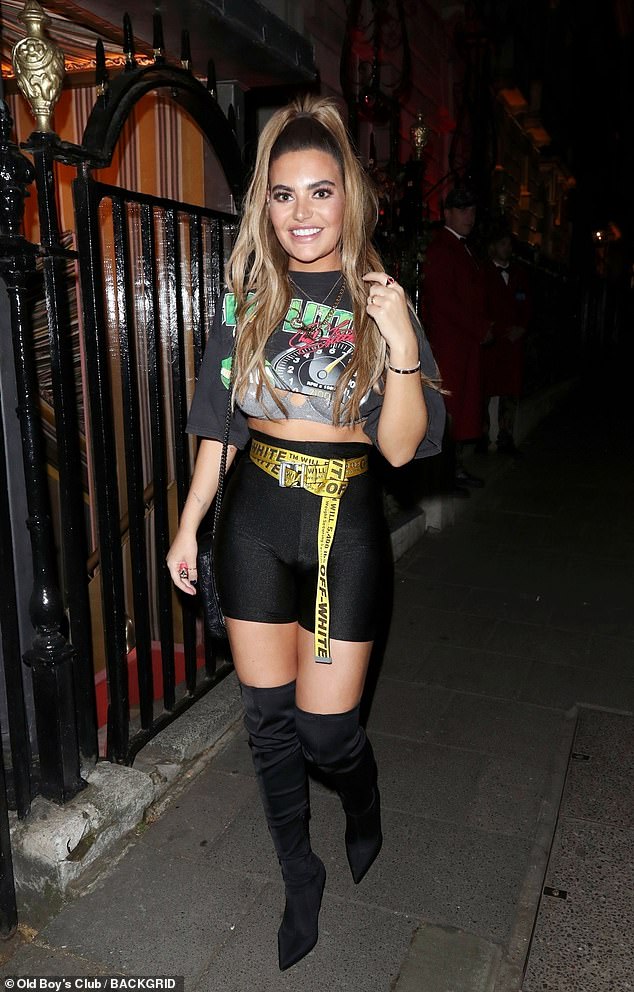 For the bottom, she went for a skin-tight pair of black cycling shorts, flashing a glimpse of her toned stomach.